The national government had drafted a plan that will give members of the persecuted Rohingya minority a bleak choice: accept ethnic reclassification and the prospect of citizenship, or be detained. 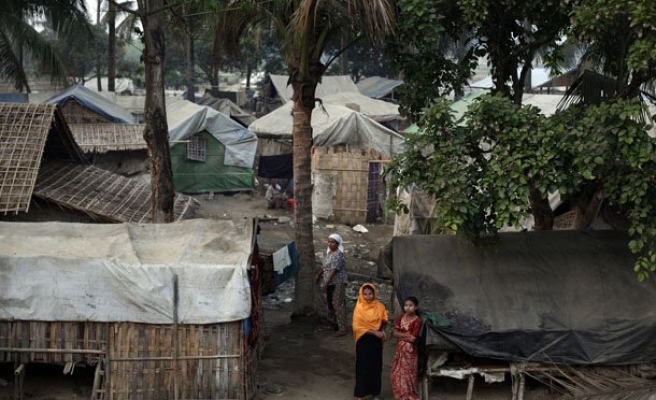 Myanmar has confirmed to the United Nations it is finalising a plan that will offer minority Rohingya Muslims citizenship if they change their ethnicity to suggest Bangladeshi origin, a move rights groups say could force thousands into detention camps.

Most of Myanmar's 1.1 million Rohingya are stateless and live in apartheid-like conditions in Rakhine state on the western coast of the predominantly Buddhist country. Almost 140,000 Rohingya remain displaced after deadly clashes with ethnic Rakhine Buddhists in 2012.

Reuters reported at the weekend that the national government had drafted a plan that will give members of the persecuted Rohingya minority a bleak choice: accept ethnic reclassification and the prospect of citizenship, or be detained.

"An action plan is being finalised and will soon be launched," Foreign Minister Wunna Maung Lwin said in an address to the U.N. General Assembly on Monday, requesting the United Nations to "provide much-needed development assistance there".

"We are working for peace, stability, harmony and development of all people in Rakhine state," he said.

It was the first public reference to the controversial plan, which the government has been drafting largely in secret, to the extent that humanitarian workers have until recently been shown only hard copies.

The Rakhine State Action Plan outlines projects including rebuilding homes for displaced people, improving health care and education, and promoting reconciliation, according to a draft obtained by Reuters.

More controversially, the plan contains a section on a process to determine whether Rohingya are citizens. Rohingya would be required to register their identities as Bengali, a term most reject because it implies they are illegal immigrants from Bangladesh despite having lived in the area for generations.

The plan proposes that authorities "construct temporary camps in required numbers for those who refuse to be registered and those without adequate documents".

It states that the government will ask the U.N. Refugee Agency, the UNHCR, for help to resettle overseas those who fail to obtain citizenship.

But a UNHCR spokeswoman told Reuters it would be impossible for the agency to do so, because they would not be "recognized refugees who have fled persecution and conflict across international borders".

That raises the possibility that Rohingya could be forced from their villages and detained indefinitely, warned Phil Robertson, deputy director for Asia at Human Rights Watch.

"This plan is profoundly troubling because it would strip the Rohingya of their rights, systematically lock them down in closed camps in what amounts to arbitrary, indefinite detention," he said.