At least 30,000 people fled into China; thousands more escaped to other parts of Myanmar since clashes erupted with Kokang rebels. 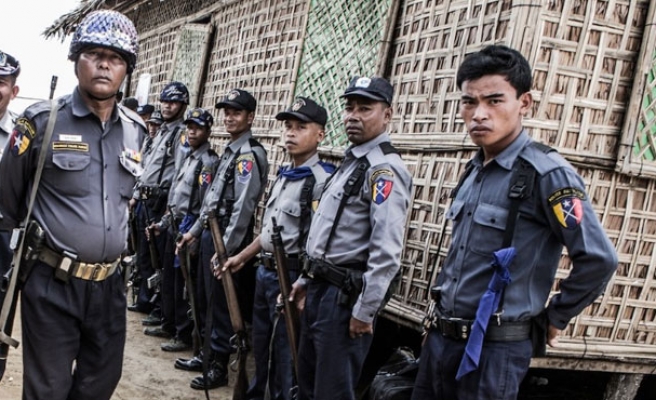 Myanmar’s government has denied accusations that the army killed dozens of civilians as it steps up attacks against ethnic Kokang rebels near the border with China, where over 70 troops on both sides have died during nearly two weeks of fighting.

The President’s Office said claims by rebels that government soldiers had killed over 100 civilians in the town of Laukkai were “categorically… untrue”, the Democratic Voice of Burma reported Saturday.

At least 30,000 people have fled into China and thousands more have escaped to other parts of Myanmar since the clashes erupted Feb. 9. As rebels trade accusations of abuses with the government, it is unclear how many civilians have died.

After the alleged killings between Feb. 14 and 17, local media circulated pictures of dead bodies dressed in civilian clothes. But a government spokesperson said Kokang rebels had infiltrated Laukkai pretending to be civilians.

The town, which is the capital of the self-administered region, has reportedly been deserted and shops there have been looted.

State media reported Friday that the Myanmar Army had intensified its attacks against rebels from the Myanmar National Democratic Alliance Army and its allies.

“Army columns were in hot pursuit of Kokang insurgents into retreat,” the report in the Global New Light of Myanmar newspaper said.

Mauk Kham also met with staff form the Red Cross, the report in the Global New Light of Myanmar said. The aid agency came under attack earlier this week from unknown gunmen while transporting civilians fleeing the fighting in Laukkai. Two of its staff were injured.

“The truck I was riding in was hit by some bullets and came to a stop. The driver took shattered glass in his eye and the passenger next to him, a Red Cross member, was shot in the stomach,” Hkun Zaw Oo, a reporter travelling with the convoy, told the Democratic Voice of Burma Wednesday.

The government declared a state of emergency in Kokang on Tuesday and imposed martial law. President Thein Sein vowed earlier this week “not to lose an inch” of territory to Kokang rebels.