'No, Ms. Aung San Suu Kyi, the world does not need your 'explanations,' says The New York Times 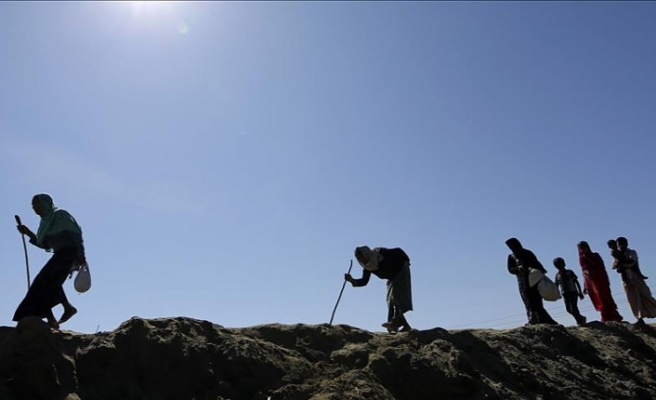 Myanmar's plan to repatriate Rohingya who fled the country from persecution fails to address the country's mistreatment of the Muslim minority, The New York Times said.

In an opinion piece, the Time's editorial board said the Rohingya should be able to return to their homes in Myanmar, however, "simply pushing them back across the border" is not the right way.

"Nobody asked the Rohingya about the repatriation plan, and they understandably panicked when Bangladesh troops entered their camp and told the first group of 2,200 to get ready to move," the board wrote Thursday. "With one voice, young and old alike shouted, 'We won’t go!'"

According to Amnesty International, more than 750,000 Rohingya refugees, mostly children and women, fled Myanmar and crossed into Bangladesh after Myanmar forces launched a crackdown on the minority Muslim community.

The UN has documented mass gang rapes, killings brutal beatings, and disappearances committed by Myanmar state forces. In a report, UN investigators said such violations may have constituted crimes against humanity.

"The plight of the Rohingya ranks among the worst injustices in the world today," the board wrote.

The newspaper also criticized Myanmar's leader Aung San Suu Kyi for her role in the persecution of the Rohingya.

"The Myanmar government, including the once-respected Daw Aung San Suu Kyi, has denied any culpability, invoking ancient grievances and skewed history to justify treating the Rohingya as Muslim interlopers in a predominantly Buddhist land," it added.

Many different rights group, along with the UN, objected to the plan to repatriate Rohingya to Myanmar, saying conditions were not met and it could put the lives of the Muslim minority at risk.

UNICEF noted an “overwhelming majority” of the refugees in Bangladesh’s Cox’s Bazar were reluctant to be repatriated unless their safety was ensured.

"No, Ms. Aung San Suu Kyi, the world does not need your 'explanations,' nor repatriation schemes that fail to address the mistreatment of the Rohingya and give them assurances that they can rebuild their burned-out homes and live in security and dignity," the board wrote.