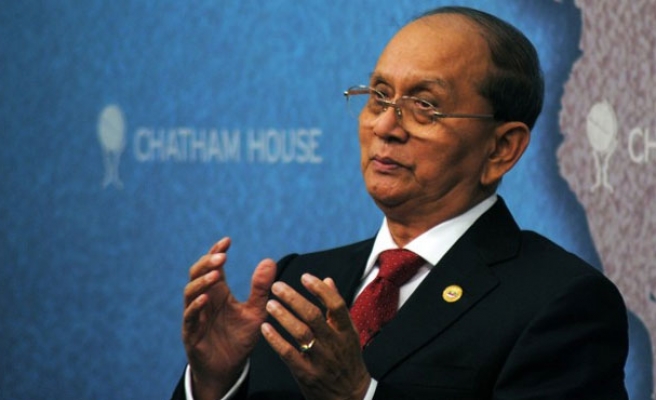 A photojournalist in Myanmar has been arrested over a Facebook post mocking the powerful military, police confirmed Saturday.

Aung Nay Myo was detained at his home in Monywa, in Sagaing region, on Friday under the 1950 Emergency Provision Act.

The law prohibits defamation against the country’s rulers and carries a sentence of up to seven years' imprisonment.

A friend told local media the freelance photographer was arrested because he was politically active. “He simply annoyed the authorities,” Ant Bwe Kyaw told the Irrawaddy news website.

The arrest is a further sign that newfound media freedoms in the former military-ruled nation are being rolled back.

Nine Myanmar journalists are serving prison sentences of up to seven years while almost a dozen more are facing charges.

In recent weeks, two foreign photographers have been deported for covering student demonstrations while others have complained of harassment from the police’s notorious Special Branch while interviewing striking workers in Yangon, the commercial capital.

Aung Nay Myo’s post used a photoshopped version of a poster for a film about a battle between China-backed communists and Myanmar’s army in 1971.

Images of President Thein Sein and other senior leaders were imposed on the poster, which jokingly suggested the president had directed the film.

The post appears to be a reference to the fact the military has been battling ethnic rebels near the Chinese border since Feb. 9.

Myanmar began emerging from military rule in 2011, when a government staffed by retired generals took over and announced political and economic reforms.

However, initial euphoria around the reform process has faded as human rights groups claim continuing abuses, including attacks on freedom of speech.