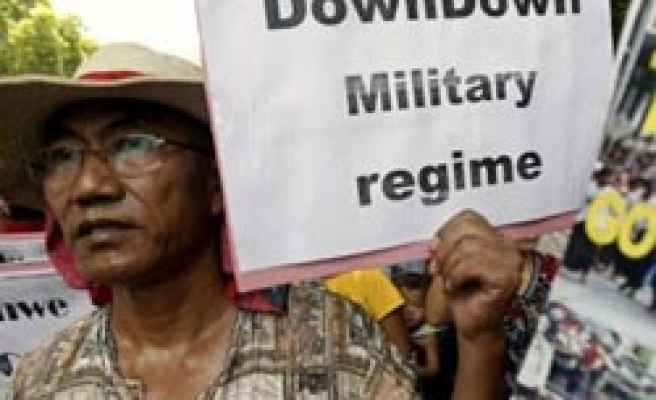 As of this week, at least 40 parties had registered to take part in the first civilian government in almost half a century in the reclusive, army-ruled country of 48 million people.

The United States, Britain and human rights groups have said the elections would be illegitimate if the military junta denies a role to thousands of political opponents now in prison, including detained Nobel Peace Prize-winner Aung San Suu Kyi.

Suu Kyi's National League for Democracy (NLD) party, which won by a landslide in the last elections in 1990 only to be denied power by the military, has refused to register with the authorities in protest at what it called "unjust" election laws.

At least seven parties registered with the election commission are believed to be proxies of the military, which will retain control of key ministries and enjoy a 25 percent quota of parliamentary seats under a new constitution.

The armed forces chief will be more senior than the president. There are no indications an estimated 2,000 political prisoners will be released before or after the elections.

Suu Kyi has spent 15 of the past 21 years in detention and remains under house arrest. The constitution bars her from standing in the election because of her criminal record as a political detainee and because her late husband was a foreigner.

Her NLD party was dissolved this year after deciding not to register for the polls.

Daughter of the hero of the country's campaign for independence from British rule, Suu Kyi emerged as a champion of political reform during an unsuccessful student-led uprising for democracy in 1988. A year later she was first detained.

The National Democratic Force, a renegade faction of the NLD opposed by Suu Kyi, will run to challenge the junta's proxies and says it will work with other pro-democracy parties. But without Suu Kyi, few expect it gain traction.

One of Myanmar's biggest opposition political parties, the Union Democracy Party, threatened this week to pull out of the elections if there were signs of foul play by the ruling military in the run-up to the polls.

Some parties have accused the regime's military intelligence unit of spying on and trying to intimidate their members.