Curfew placed in 2013 after a series of sectarian disputes left around 100 people dead and over 100,000 displaced – mostly Rohingya Muslims. 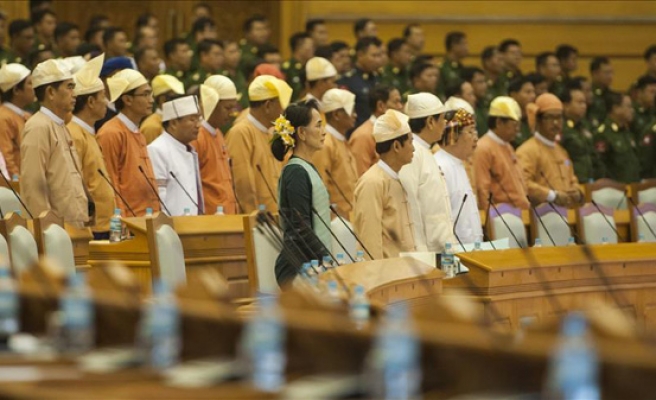 Myanmar's outgoing government has announced the lifting of a state of emergency in an underdeveloped and troubled region housing a majority of the country's Rohingya Muslims.

Since 2012, Rakhine State has been hit by a series of sectarian disputes that have left around 100 people dead and over 100,000 displaced – mostly Rohingya.

State media reported Tuesday that the curfew in Rakhine had been lifted after three years, citing an announcement by the office of outgoing President Thein Sein.

“State of emergency was lifted [Monday] across Rakhine State as no threats to the lives and property of the people were found, according to a report by the Rakhine State government,” said the report.

In 2012, a series of sectarian disputes in Rakhine -- that many suspect were state sponsored -- left 57 Muslims and 31 Buddhists dead, around 100,000 people displaced and more than 2500 houses burned -- most of which belonged to Rohingya.

Analysts have said that they suspect the antagonism between Rakhine Buddhists and Muslims to have been state sanctioned, with the government attempting to divide the communities to control the region’s economic output.

In December, Parliament approved the demarcation of land in the first phase of a long-delayed economic zone planned to house an industrial park in Rakhine.

Local residents and businesses have protested that around 85 percent of investments for the project are due to come from Chinese companies.

China -- Myanmar's largest trading partner -- enjoyed a cozy relationship with Myanmar under the junta that ruled for 49 years.

In 2011, power was ceded to a semi-civilian government headed by President Thein Sein -- considered by many to be a junta proxy.