The clashes over the Kokang region have stirred traditional suspicion of Myanmar's giant neighbour to the north. 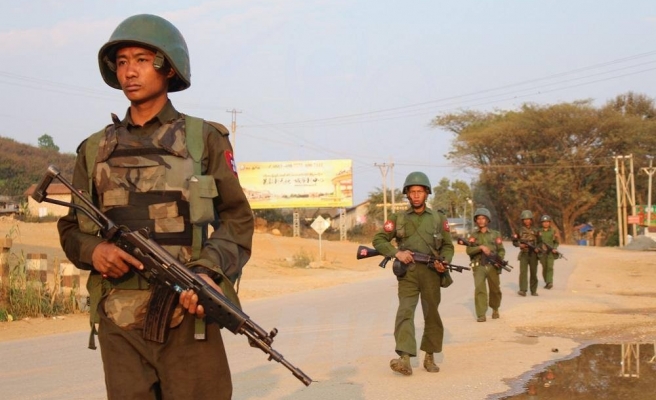 Fighting between the Myanmar army and ethnic Chinese rebels has handed the long-feared military a public relations coup, with an explosion of praise on social media and even former political prisoners expressing grudging support.

Fighting erupted on Feb. 9 in the Kokang region of northeast Myanmar, on the border with China, between government forces and ethnic Chinese rebels called the Myanmar National Democratic Alliance Army(MNDAA).

Various ethnic minority rebel groups have battled the government in Myanmar since its independence in 1948.

During its 49-year rule, the military became notorious for abuses in ethnic minority areas in the hills and for crushing calls for democracy in towns and cities.

A semi-civilian reformist government came to power in 2011 but the military retains an effective veto over politics. Rights groups have documented abuses including rape and torture in areas where the military is fighting insurgents.

But since the latest clashes began, suspicion of the army has given way to approval, especially on social media platforms such as Facebook where many people have changed profile pictures to symbols of the military, or Tatmadaw as it is known.

The clashes over the Kokang region have stirred traditional suspicion of Myanmar's giant neighbour to the north.

"This is the duty of the Tatmadaw - everybody says this in our country. I also agree on this," Zagana, a comedian and actor who was locked up for dissent during military rule, told Reuters.

Dozens of government soldiers have been killed in the fighting and Zagana visited some wounded ones and posted photographs on his Facebook page.

But he said was not pro-military and called for the army to negotiate an end to the fighting.

The MNDAA was formerly part of the Communist Party of Burma, a powerful Chinese-backed guerrilla force that battled the Myanmar government before splintering in 1989.

The rebels are seen as having instigated the fighting with Chinese backing, though China has rejected that.

The military has responded to its approval with more openness. State-run media carries daily updates and reporters have been invited to rare briefings.

"In the case of Kokang, the Tatmadaw is seen as playing its role as the guardian of the union and Myanmar's national sovereignty," said Yun Sun, an analyst with the Washington-based Stimson Center.

"This role is not entirely clear in other conflicts," she said, referring to clashes in other parts of the country with ethnic minority forces, where the military is often perceived to be fighting for its own interests.