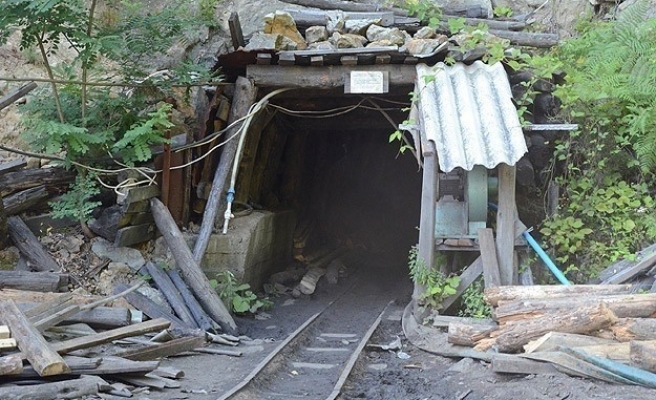 Canadian and Chinese mining companies were accused Tuesday of colluding with local authorities in serious human rights abuses around a copper mine in central Myanmar.

Among the allegations leveled by Amnesty International were forcible evictions, the failure to address the destitution of those made homeless, pollution, a lack of consultation with villagers, and an overall lack of accountability.

“Monywa complex has been marked by serious abuses for decades. But it is not just a Myanmar story, behind there are giant Canadian and Chinese companies," Richard Bennett, Amnesty's Asia Pacific director, told a press conference in Thailand on Tuesday.

"We don’t say investment is bad for Myanmar, but people can only profit if safeguards are in place to protect human rights,” he added.

Meanwhile, Meghna Abraham, AI’s corporate crimes researcher, outlined the environment that has allowed such "lack of accountability" to prosper.

“Myanmar offers the perfect storm of a rich natural resource base, a weak legal system and an economy dominated by military. The government has forcibly evicted people, crushed all attempts at peaceful protests and displayed a complete unwillingness to hold companies to account.”

In a report called “Open for business? Corporate crimes and abuses at Myanmar copper mine” released, Amnesty International representatives called the Canadian and Chinese governments to fully investigate the activities of their companies – respectively Ivanhoe Mines Ltd and Wanbao.

Ivanhoe Mines Ltd entered a joint-venture with a Myanmar State company in 1996 to exploit the S&K copper mine, one of the sites at Monywa copper mine complex, which includes Letpadaung mine.

“Despite people being forcibly evicted from their land to make way for the mine, the Canadian company profited for a decade of copper mining, carried out with Myanmar’s military government, without attempting to address the thousands left destitute,” said the report.

More evictions took place in 2011 to make way for the Letpadaung mine, run by Chinese company Wanbao and Union of Myanmar Economics Holding, the economic arm of the Myanmar military, the report added.

It said that in November 2012, security forces used white phosphorous, a highly toxic and explosive substance, in an attack on villagers and Buddhist monks who were protesting the negative impacts of the mine on them.

“More than 100 people were injured, with some suffering burns and lifelong disability. Part of the attack was launched from inside the Wanbao company compound,” said the report, adding that more protests were repressed by live fire in December 2014.

Besides land evictions, Amnesty alleged that serious pollution caused by the mines had exposed thousands of villagers to health risks. It also underscored the lack of consultations with local residents.

“Consultation has excluded villagers who refused to relocate. There has not yet been any consultations with those most affected," said Abraham.

In 2012, Myanmar's government appointed a commission chaired by opposition leader and Nobel peace prize Aung San Suu Kyi to look into the violence.

But the commission’s final report, which called for international assistance to train Myanmar police but failed to incriminate the police for the use of violence, was strongly rejected by villagers.

Aung San Suu Kyi herself, who visited the area in March 2013, was confronted by the locals.

“White phosphorous is a type of weapons which should not be used by the police under any circumstances. It constitutes torture – a crime under international law," said Abraham.

Amnesty also indicated that Amnesty has raised the issue of safeguards for human rights in extractive industries and infrastructures projects with the Myanmar government and is waiting for the response.

The organization is also currently discussing with Canadian authorities a possible investigation of the activities of Ivanhoe Mines Ltd, which divested from its Myanmar operation in what Amnesty called “a highly secretive process” in 2007.