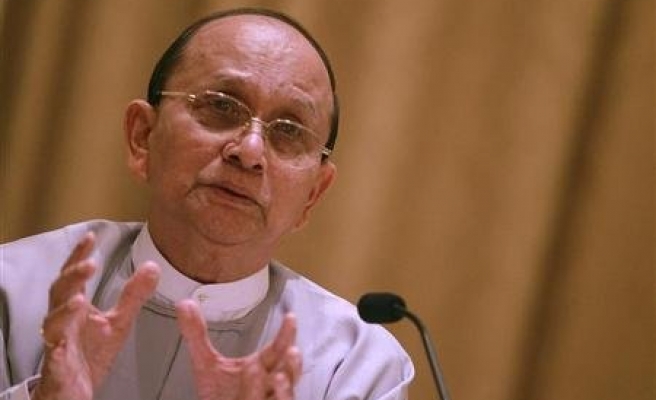 Myanmar released 56 political prisoners, including some former ethnic minority separatists, in a presidential amnesty on Tuesday, according to government and activist sources.

The prisoners were freed from at least a dozen detention centres across the country, a senior Home Ministry official, who declined to be identified because he is not authorised to talk to the media, told Reuters.

Bo Kyi a former political prisoner who now works for the Assistance Association of Political Prisoners, a body that monitors prisoners of conscience held or political activists facing charges in Myanmar, said former members of ethnic minority rebel groups were among those freed.

In a speech made during his trip to Britain, Myanmar's reformist President Thein Sein promised to free all political detainees by the end of the year.