Myanmar has accused Chinese mercenaries of fighting with the rebels, and has urged China to cooperate with Myanmar to prevent "terrorist attacks" being launched from Chinese territory 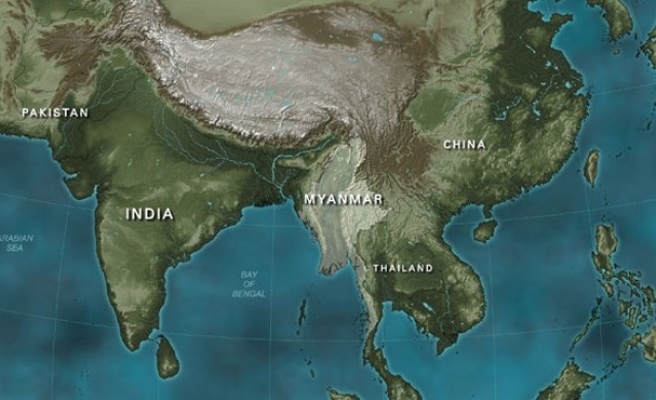 The ethnic Chinese leader of a group of Myanmar rebels fighting the government has denied in an interview with a Chinese paper that he has been receiving any help from Chinese citizens or mercenaries.

Myanmar has accused Chinese mercenaries of fighting with the rebels, and has urged China to cooperate with Myanmar to prevent "terrorist attacks" being launched from Chinese territory.

The Myanmar National Democratic Alliance Army (MNDAA) emerged from the remnants of the Communist Party of Burma, a powerful Chinese-backed guerrilla force that battled the Myanmar government before splintering in 1989.

Led by ethnic Chinese commander Peng Jiasheng, the MNDAA struck a truce with the government which lasted until 2009, when government troops took over their Kokang region in a conflict that pushed tens of thousands of refugees into China.

Peng's recent return is seen at the root of the new fighting.

Speaking to the Global Times, an influential Chinese tabloid published by the official People's Daily, Peng said that there was no Chinese involvement.

"Since the 2009 incident, the Kokang side has strictly forbidden Chinese citizens from entering Kokang to join the MNDAA," Peng said in a telephone interview published on Wednesday.

"We will not accept Chinese citizens participating in armed actions as this is only harmful to us," he added.

"What's most important is that as soon as Chinese law enforcement agencies discover that on our side there are Chinese citizens joining battle, they would give us enormous pressure. So our principle is not to allow Chinese citizens to fight."

Chinese Foreign Ministry spokesman Hong Lei said that Beijing had always respected Myanmar's sovereignty and would not allow anyone to use China's territory to damage ties.

Hong declined to say whether Peng had been in China before the latest violence began, or whether it had ordered him back to Myanmar.

After one of the clashes, the military captured weapons including a "China-made sub-machine gun", the newspaper said.

Myanmar President Thein Sein declared a state of emergency and imposed martial law this month in the region after more than 70 people were killed in the fighting.