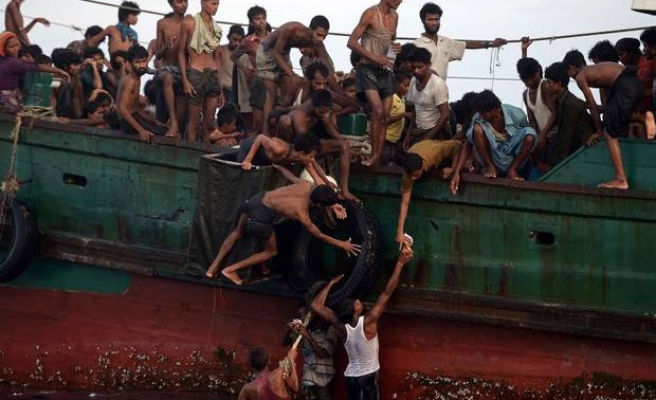 Myanmar has sent another 125 people to Bangladesh after rescuing hundreds stranded offshore in abandoned people-smuggling boats in May, local media reported Wednesday.

It brings the total number returned in five rounds to 626, leaving 101 waiting to be repatriated, according to the Myanmar Times.

“Authorities in Bangladesh continue to verify the remaining persons from the two boats rescued,” said a report Wednesday in the Global New Light of Myanmar, a state mouthpiece.

After a regional migrant crisis flared up in May, the Myanmar government has been at pains to demonstrate that it is not the source of the problem and emphasize the role of Bangladesh, which shares a border with conflict-torn Rakhine state.

Thousands were left stranded at sea, including impoverished migrants from Bangladesh and persecuted Rohingya from Myanmar, after a Thai crackdown on people smugglers scared gang leaders into abandoning boats crowded with men, women and children.

Rights groups have accused Myanmar of forcing tens of thousands of Rohingya Muslims to flee persecution by sea, but Myanmar has blamed the smugglers and denied responsibility.

Hundreds of Rohingya were reportedly whisked away from the two boats rescued by Myanmar’s navy before the authorities arrived, the Myanmar Times said.

Chris Lewa of the Arakan Project, a group monitoring rights violations against the Rohingya, told Anadolu Agency earlier this month that 50 Rohingya among those rescued faced indefinite detention in Myanmar because neither country was willing to accept them.

The Rohingya, a group of roughly one million, are largely stateless and have suffered decades of persecution from authorities and extremists.

Their plight has ironically become more severe in recent years as a reformist government has replaced the military junta and ushered in greater freedoms.