Myanmar to allow Suu Kyi to vote in November's election 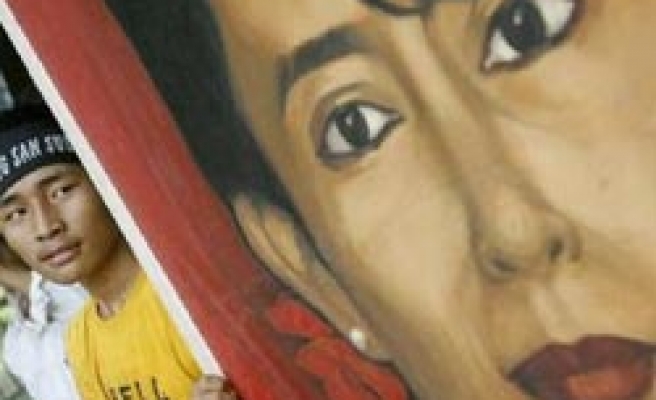 Suu Kyi last month advised members of her now-defunct National League for Democracy (NLD) party not to vote in the election, the first since the 1990 polls the NLD won in a landslide, a result the junta refused to recognise.

She was found guilty last August of breaking an internal security law by allowing an American intruder to stay at her Yangon lakeside home.

She is now serving a sentence of 18 months under house arrest and is due for release one week after the election.

The NLD was effectively dissolved on Sept. 14 after failing to register for the polls because of "unjust and unfair" laws and the regime's refusal to release political detainees.

It has long been assumed Suu Kyi would be barred from taking part in any capacity since Myanmar's 2008 constitution states "persons serving prison terms" are prevented from voting or running as candidates.

Nyan Win, Suu Kyi's lawyer and spokesman for the NLD, said he was baffled by her inclusion. "It's tantamount to saying that she is not a prisoner," he added.

The international community has made repeated calls for free, fair and inclusive polls and the release of Suu Kyi and an estimated 2,200 other political prisoners.

London-based rights group Amnesty International on Thursday appealed to the government to release activists jailed for exercising their right of free speech, assembly and association.

"It beggars belief that the government can attempt to burnish its democratic credentials by holding elections, while it also holds more than 2,200 political prisoners behind bars and out of sight of the campaigns and polls", Amnesty said.