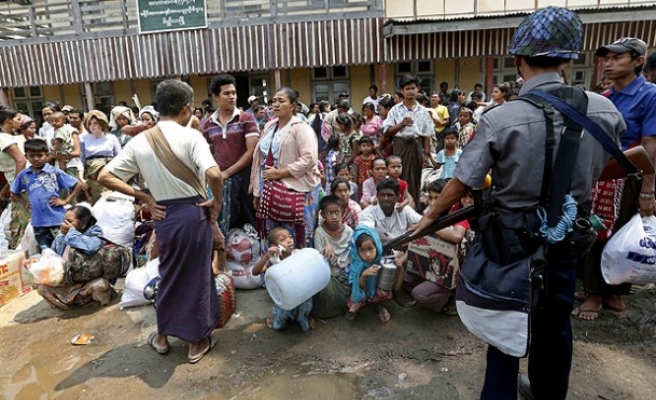 Two months after being re-invited to Myanmar’s violence-torn western Rakhine state, the previously expelled aid agency Medecins Sans Frontieres (MSF) has been warned to avoid political involvement amid many residents’ distrust toward the organization.

The aid agency had been expelled from the area in February after it said it had treated people believed to be victims of violence between local Buddhists and the area's Muslim community - a group that the government then accused MSF of being biased in favor of.

On Saturday, the minister had gathered with MSF representatives and a local emergency coordination committee established by Buddhists in March to monitor the efforts of international aid organizations.

"They [MSF] should better focus on humanitarian efforts and build trust [with locals] with accountability and transparency," he added.

The agency was invited back to the area in late July, five months after its expulsion – which sparked a severe health crisis that left thousands of Rohingya Muslims without access to adequate treatment, including women with complications during pregnancy.

“As human beings we all commit errors and the errors usually lie on both sides," he added.

Earlier this month, MSF signed a memorandum of understanding with Myanmar’s health ministry and expressed its commitment to fully develop the agreement and cooperate with the health ministry to “resume operations in Rakhine at any time.”

MSF – which had been the biggest international medical aid provider in the state – had responded with a statement welcoming the government’s announcement, saying the people of Rakhine face a “humanitarian crisis.”

Buddhist extremists in Rakhine state have spearheaded a campaign against international aid agencies, accusing them of bias toward the persecuted Rohingya Muslim minority.

In January, MSF infuriated the government after reporting that it had treated wounded people near the site of an alleged massacre in Rakhine's remote north, near the Bangladeshi border.

Officials vehemently deny that any Rohingya were killed in the incident – but the UN alleges that up to 48 people were killed.

In March, agency workers from other groups were temporarily evacuated after Buddhist mobs tore through the state capital Sittwe attacking their homes and offices.

Ethnic violence erupted in Sittwe in mid-2012 and has since spread across the country, leaving up to 280 dead and 140,000 displaced.

The majority of those displaced are Rohingya Muslims, who are confined to squalid camps by armed guards and checkpoints on the outskirts of Sittwe.