The Sittwe General Hospital in Myanmar's Rakhine State has been killing Rohingya patients who go there for treatment. 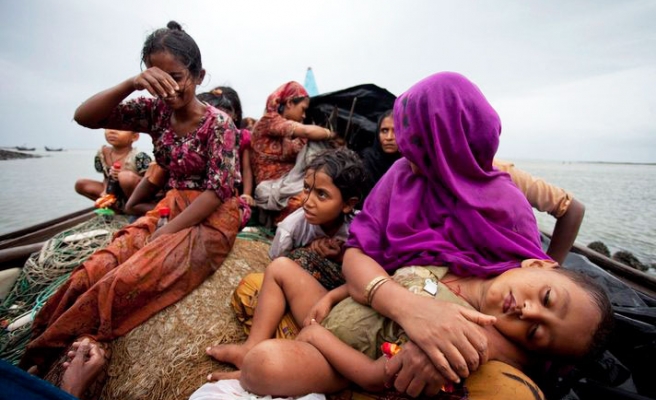 Another murder conducted by the doctors in Myanmar's notorious Sittwe General Hospital against a Rohingya patient has been recorded after an 18-year-old pregnant woman was killed on April 24.

Zuhra Khatun, who was one of many internally displaced Rohingyas within Myanmar, was rushed to a local doctor in her refugee camp in the town of Sittwe (Akyab) on April 15 after suffering complications in child birth.

The local doctor was unable to deliver her twin babies, and quickly referred her to the Sittwe General Hospital. Her family originally refused, has doctors at the hospital are known to torture and kill Rohingya patients, but they had no other choice.

On her arrival at the hospital, she was told that her babies had died in her womb and that she required an operation to remove them. She was sedated and remained asleep until the next day, only to wake up covered in scratches and bruises to her face.

According to a report in Rohingya Vision, the doctors would then come to agitate the wounds on her womb using tools while the dead bodies of her unborn children were thrown in front of her. She was also denied food and water.

On Thursday, April 24, after torturing the patient, the doctor gave the young Rohingya woman a lethal injection. She died shortly afterwards.

Earlier in April, 28-year-old Hasina Begum, a Rohingya refugee who had been displaced after her village was razed to the ground by Buddhist extremists, arrived at the Sittwe General Hospital after also suffering complications in pregnancy. She too was killed after three days of torture by nurses on the orders of the doctor.

A week later, a five-month-old baby girl died after suffering an asthma attack because her family was too afraid to send her to the hospital, fearing that the doctors would kill her.

Myanmar has been accused of genocide against the Rohingya, who had their ethnic group dismissed from a recent census as the state claims they are Bangladeshis who have illegally migrated to Myanmar.

Ongoing violence against the community by Buddhist extremists in the Rakhine State have forced many of them to risk their lives fleeing the surrounding countries across dangerous seas and terrain.

Many of those who survive the dangerous trek have fallen victim to traffickers who hold them hostage in remote locations. Many also face deportation a persecution in the countries where they seek refuge.

What are the sources for this woman's painful experience, if the victim was killed and the the only witnesses described were those perpetrating?