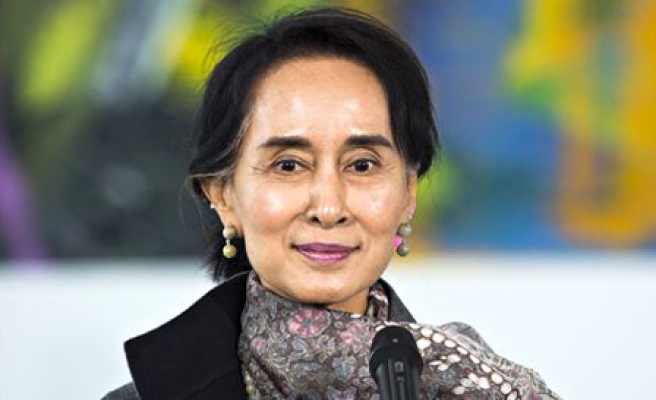 Aung San Suu Kyi’s failure to speak out against the mass killing of Rohingya Muslims has seen her reputation as a force for democracy and liberty greatly tarnished.

The Nobel Peace prize winner was once feted by world leaders, civil rights activists and rock stars as a beacon of peaceful resistance to Myanmar’s generals.

Now, two years after her National League for Democracy won a landslide victory and she was installed as the country’s de facto leader, she is accused of complicity in a campaign of murder and rape by soldiers that has seen more than 617,000 Rohingya flee since late August.

On Tuesday, rights groups told a committee of British lawmakers that Suu Kyi was “part of the problem” and implicated in the “ethnic cleansing” underway in the western state of Rakhine, The Guardian newspaper reported.

Since the scale of brutality carried out by the military in Rakhine emerged, Suu Kyi’s former supporters have moved to denounce her for not condemning the army.

Many have called for her Nobel prize -- awarded in 1991 while she was under military house arrest -- to be revoked.

The Irish musician Bob Geldof, a long-time advocate of civil rights and a fellow recipient of the Freedom of Dublin, referred to Suu Kyi as “a handmaiden to genocide” on Monday as he returned the award in protest.

“Her association with our city shames us all and we should have no truck with it, even by default,” he said in a statement. “We honored her, now she appalls and shames us.”

The Live Aid organizer, who was awarded the city’s freedom in 2005, six years after Suu Kyi, added: “In short, I do not wish to be associated in any way with an individual currently engaged in mass ethnic cleansing of the Rohingya people of northwest Burma.”