De facto leader claims no conflict or military operation in Rakhine since Sept. 5 despite reports of fleeing Rohingya 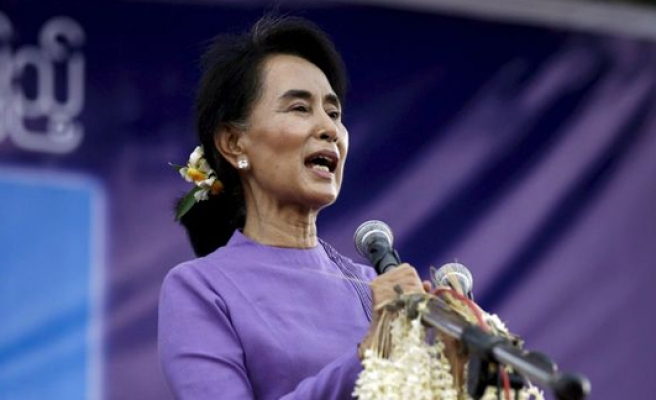 Suu Kyi, who has been widely criticized for not speaking up for rights of Rohingya Muslims being persecuted by the country’s military, claimed there is no conflict or military operation in the Rakhine since Sept. 5 despite reports on the contrary that show desperate villagers fleeing from the area.

Speaking with diplomats in Nay Pyi Taw on Tuesday, Suu Kyi said a great majority of Muslims did not join the exodus.

“Nevertheless, we are concerned with the numbers of Muslim villagers fleeing across the border to Bangladesh,” she said, according to her televised remarks reported by the state television.

“We want to find out why this exodus is still happening.”

She invited international diplomats to join the government and learn about how there were supposedly no problems in some areas and who had integrated in Rakhine.

“If you are interested, join us in our endeavor,” she said.

Regarding repatriation of those who fled to Bangladesh and whether they would be allowed to return, she said Myanmar would only accept those who had been verified as refugees from the country.

“A verification process was set up as early as 1993, and that are the principles to which both countries agreed,” she said.

“We will abide by the criteria that we agreed at that time. We are ready to start the verification process anytime.”