Miller, from Bakersfield, California and in his mid-20s, entered North Korea in April this year whereupon he tore up his tourist visa and demanded Pyongyang grant him asylum 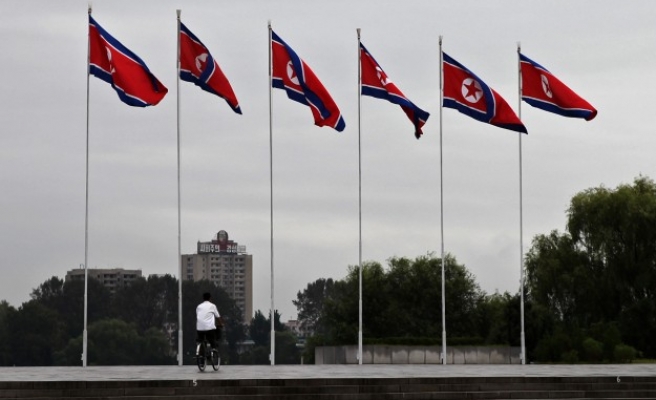 "He committed acts hostile to the DPRK while entering the territory of the DPRK under the guise of a tourist last April," the short statement said, without elaborating. The Korean version of the statement described Miller's punishment as a "labour reeducation" sentence.

Miller, from Bakersfield, California and in his mid-20s, entered North Korea in April this year whereupon he tore up his tourist visa and demanded Pyongyang grant him asylum, according to a release from state media at the time. He was travelling on a private trip without foreign guides, according to Uri Tours, the company that organised his trip.

North Korea has not elaborated on Miller's charges, but photos of the trial released by state media showed some of Miller's personal possessions, including his passport, phone, notebook and North Korean visa - which appeared to be ripped. Miller was also shown sitting in a witness box, flanked by North Korean soldiers.

North Korea has yet to announce a trial date for a third U.S. citizen Jeffrey Fowle, 56, from Miamisburg, Ohio, who was arrested in May this year for leaving a bible under a bin in the toilet of a sailor's club in the eastern port city of Chongjin.

A source familiar with the case told Reuters it was unclear why Fowle left the bible behind, but said the 56-year old did not seem to be overtly religious.

U.S. missionary Kenneth Bae has been held by the country since December 2012 and is currently serving a sentence of 15 years hard labour for crimes North Korea said amounted to a plot to overthrow the state.

Earlier this month, international media was granted rare access to the three detained Americans, who in separate interviews all called on the United States to secure their early release.

North Korea, which is under heavy United Nations sanctions related to its nuclear and missile programmes, is believed to be using the detained U.S. citizens to extract a high-profile visit from Washington, with whom it has no formal diplomatic relations.

The U.S. State Department has repeatedly called on North Korea to release Miller, Bae and Fowle. Assistant Secretary of State Daniel Russel, the senior U.S. diplomat for East Asia, said on Friday that the three Americans were being used as "pawns" and their detention was "objectionable".

Tourism to North Korea has increased markedly in the past few years, despite the recent string of arrests, with some operators estimating a tenfold increase in western visitors over the last ten years.

"Although we ask a series of tailored questions on our application form designed to get to know a traveller and his/her interests, it's not always possible for us to foresee how a tourist may behave during a DPRK tour," said Andrea Lee, CEO of Uri Tours, the U.S.-based company that organised Miller's tour to the country, also known by its official 'DPRK' acronym.

"Unfortunately, there was nothing specific in Mr. Miller's tour application that would have helped us anticipate this unfortunate outcome," Lee said in a statement emailed to Reuters.