North Korea conducted at least one engine test for the KN-08 missile in late March or early April, the think tank 38 North said 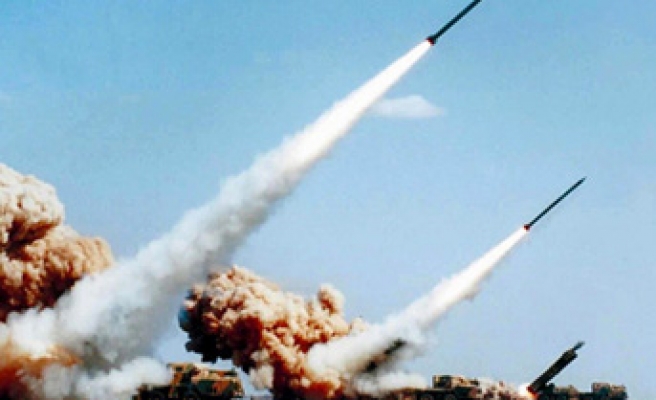 North Korea has recently conducted engine tests for an intercontinental ballistic missile that could potentially deliver a nuclear warhead to the United States, a U.S. think tank said on Friday.

North Korea conducted at least one engine test for the KN-08 missile in late March or early April, the think tank 38 North said, marking the latest in a series of tests for a missile believed to have a range of more than 10,000 km (6,000 miles).

Following the engine tests, the next stage for North Korea would be a test launch of the missile, according to 38 North, which is affiliated with Johns Hopkins University's U.S.-Korea Institute.

"As this effort progresses, the next technically logical step in the missile's development would be a flight test of the entire system," 38 North said in its report.

Commercial satellite imagery indicates movement and removal of missile stages and fuel tanks as well as changes in the flame trench that point to North Korea having conducted one or more tests in the two-week period from March 22, the report said.

South Korea's defence ministry declined to confirm the specifics of the report citing intelligence policy but said a long-range missile launch by the North could not be ruled out.

"It's not easy to conduct a long-range rocket launch right after a engine test but they may have had other things prepared," ministry spokesman Kim Min-seok said.

North Korea is believed to be developing on a nuclear weapon and the technology to miniaturize a warhead to mount it on a long-range missile.

In December 2012 it launched a long-range rocket that successfully put an object into space orbit and in February last year conducted a third nuclear test.

The report on the engine testing comes a week after the think tank reported heightened activities at the North's nuclear test site at Punggye-ri, indicating it was ready to conduct a fourth nuclear test.

A South Korean government official said preparations for a nuclear test at Punggye-ri appeared to be complete, including the sealing of tunnels dug into mountain range, and all that remained was for the North's leader Kim Jong Un to order it.

Since 2006, the United Nations has imposed sanctions on North Korea for its nuclear and missile tests, but the North has pushed ahead with further tests, even disregarding warnings from its sole major ally, China.

Hwang replaced Choe Ryong Hae, who was rumored to be in bad health. Choe is the son of a revolutionary fighter who worked with state founder Kim Il Sung.

The post of the director of the Korean People's Army's General Political Department is seen as the highest position in the North's 1.2-million strong army.

Analysts doubted whether the appointment would significantly impact Kim's grip on power. But, some said it may reflect the discomfort of a young leader, with no military experience, at having Choe in such a prominent post.