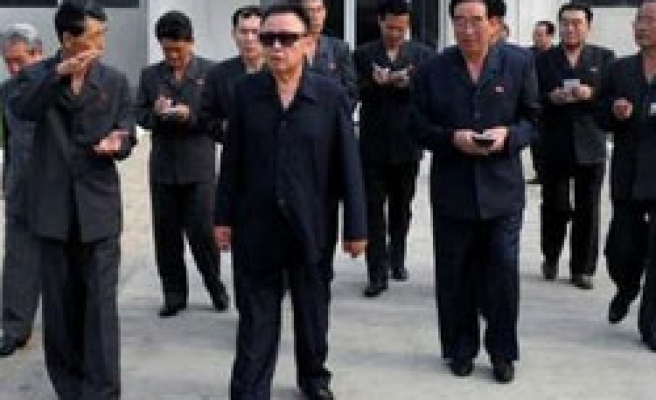 North Korea's ruling party will hold its biggest meeting in decades on Sept. 28 to pick a new leadership, state media reported on Tuesday.

Kim, who is believed to have suffered a stroke in 2008, has reportedly accelerated succession plans, Reuters said.

The North's KCNA news agency said the conference would be held in Pyongyang "for electing its supreme leadership body", but provided no further details of the agenda.

The meeting had been slated to start in early September. The report made no mention of the delay.

South Korea said it appeared the meeting was held up by "internal problems", probably related to flooding. Media reports have also speculated Kim's health or disagreements over a reshuffle of the power structure could be responsible for the delay.

Party meetings have been held around the country to elect delegates to the conference, KCNA reported.

"The meetings elected working people and officials who have displayed patriotic devotion at the work sites for effecting a fresh revolutionary surge, remaining intensely loyal to the party and revolution as delegates to the conference," it said.

Next week's gathering of political elite will be the biggest party meeting in North Korea since 1980, when Kim himself began his official role to succeed his father and state founder by taking on a Workers' Party title at the age of 38.

The conference is expected to pave the way for an eventual power transfer from leader Kim Jong-Il to his youngest son Jong-Un and indicate possible policy shifts in the hardline communist state.

The 68-year-old leader, however, is not expected to go into retirement just yet despite his declining health.

Washington toughened sanctions against Pyongyang last month after an international team of investigators found the North was responsible for the sinking of a South Korean warship in March, killing 46 sailors. The North strongly denies responsibility for the attack.

With North and South still technically at war, having only signed an armistice in 1953, regional powers are anxious to know what changes are afoot and who will command the country's nearly 1.2 million troops and another 7.7 million in the reserves.

Experts say the best case and most market-friendly outcome is an approximate continuation of the current system.