North Korea said Saturday that it conducted a test launch to affirm the combat performance level of its new ground-to-air guided weapon system. 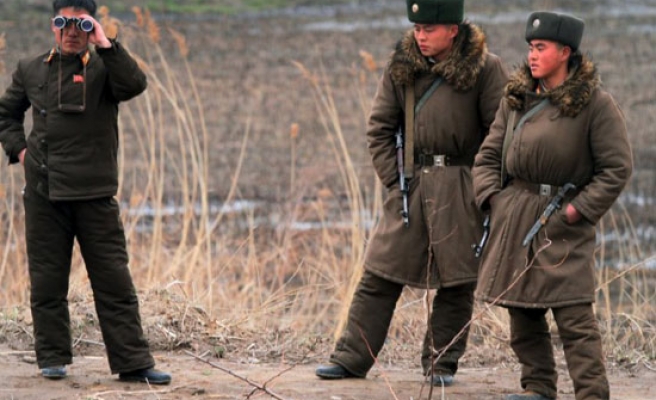 North Korean leader Kim Jong-Un has overseen the test of a new anti-aircraft weapon system, state media said Saturday, the latest in a series of missile trials as tensions run high on the divided Korean peninsula.

Over the past month the young leader has supervised several military drills, including the test-firings of medium ballistic missiles, a multiple rocket system and long-range artillery, in response to Seoul-Washington joint army drills south of the border.

The latest launch came as a two-day nuclear security summit was being hosted by Barack Obama in Washington, at which North Korea was the focus of the US president's talks with the leaders of China, South Korea and Japan.

"Under his observation, AA rockets were fired to accurately hit mock enemy aerial targets", it said.

The South's defence ministry said the North fired an anti-air missile around 12:45 pm (0345 GMT) Friday from the eastern city of Sondok.

Kim "expressed great satisfaction over the successful test", calling it another striking demonstration of the the rapidly growing defence capability of the country, KCNA said.

Obama spoke Thursday of the need to "vigilantly enforce the strong UN security measures" imposed on the North after its fourth nuclear test in January and a subsequent long-range rocket launch.

Pyongyang's state media labelled the summit a "nonsensical" effort to find fault with the North's "legitimate access to nuclear weapons".