The pair, who were arrested days after the assassination and face death by hanging if convicted, pleaded not guilty to murdering the estranged half-brother of Kim Jong-Un when the trial began on October 2. 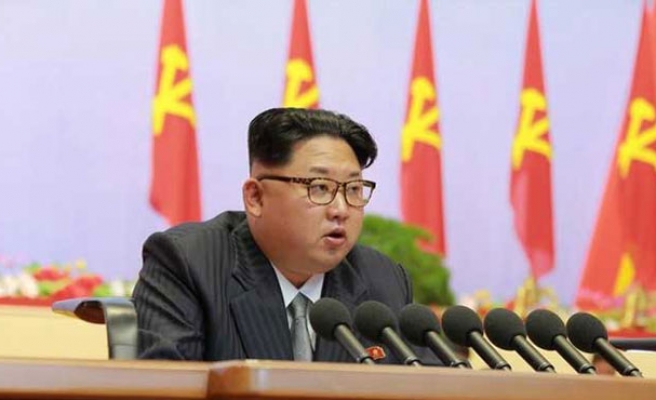 Four men suspected of plotting with two women to murder the North Korean leader's half-brother were Monday named by police as North Koreans who fled Malaysia after the assassination.

They were identified at the trial of Indonesian Siti Aisyah and Vietnamese Doan Thi Huong, the women accused of killing Kim Jong-Nam on February 13 with nerve agent VX at Kuala Lumpur International Airport in a hit that stunned the world.

They say they were tricked into believing they were taking part in a prank for a reality TV show and their lawyers have blamed North Korean agents.

The charge sheet says four other individuals still at large are suspected of murdering Kim along with the women, but does not identify them.

On Monday Wan Azirul Nizam Che Wan Aziz, the main investigating officer, testified to the Shah Alam High Court outside Kuala Lumpur that the four were North Korean men who fled Malaysia after the murder.

They were known to the women by pseudonyms, he said.

An Interpol "red notice" was issued for the men after the murder at Malaysia's request. This alerts police in Interpol member countries to share information on the suspects with a view to potentially arresting and extraditing them to face justice.

CCTV footage of the men, who entered Malaysia between late January and early February, around the airport on the day of the murder has been shown in court.

They were seen changing their clothes after the murder before departing. Three of the men left Kuala Lumpur for Jakarta, Wan Azirul said. He could not recall the destination of the fourth.

The murder sparked a furious row between North Korea and Malaysia, with Pyongyang blamed for ordering Kim's death. North Korea has denied the allegation.