NATO air strike killed up to 14 civilians in Afghanistan

Villagers brought the bodies of the 14, including two children, from their district of Narang to the provincial capital to complain that they were all civilians. 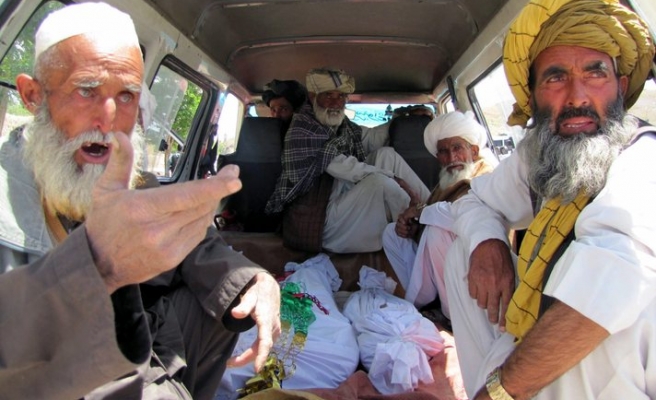 A NATO air strike in eastern Afghanistan killed 14 people, including civilians, and wounded at least 13 others, an Afghan official said on Wednesday, just months before most foreign forces pull out of the country.

President Hamid Karzai condemned the deaths. A statement from his office said U.S. aircraft were responsible for the strike.

Civilian casualties have been a source of recurring tension between the U.S. and the Afghan government.

The governor of Kunar province, Shuja ul-Mulk Jalala, said villagers brought the bodies of the 14, including two children, from their district of Narang to the provincial capital to complain that they were all civilians.

The U.S.-led military coalition in Afghanistan said it was looking into the incident.

Jalala said a group of Afghan police and U.S. forces called in at least two air strikes when they came under attack late on Tuesday in a remote, mountainous area.

The area is barely under government control, the governor said, so it was difficult to confirm exactly what happened.

"A second operation was conducted on the same night in Narang District, Kunar Province, and we are currently looking into the circumstances of that operation," Greenberg said.

Karzai on Tuesday pressured rival candidates to succeed him to end delays to a promised power-sharing deal after a bitterly disputed election.

The candidates, Ashraf Ghani and Abdullah Abdullah, last week pledged to NATO leaders that they would form a government of national unity and sign legal agreements allowing some NATO forces to stay on and train and advise the Afghan army after combat operations end in December.