At least 20 fighters were killed in Afghanistan's southeast in an attack on the Haqqani network, the NATO-led alliance said. 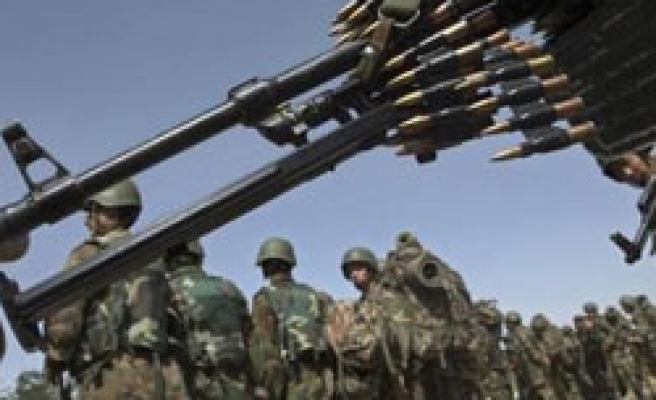 At least 20 fighters were killed in Afghanistan's southeast in an attack on the Haqqani network, the NATO-led alliance said on Thursday.

Air strikes were called in after Afghan and International Security Assistance Force (ISAF) troops found dozens of fighters in "entrenched fighting positions" in a mountainous area of Dzadran district in Paktia, ISAF said in a statement.

The Haqqani network, headed by Jalaluddin Haqqani, a hero of the 1980s guerrilla war during the Soviet Union occupation, and his son, is based mainly in Pakistan's North Waziristan and adjoining provinces in Afghanistan.

Haqqani is one of the insurgent group against U.S.-led invasion alongside Taliban.

It has staged several high-profile attacks, including an assassination attempt on Afghan President Hamid Karzai in 2008.

Effective leadership of the group has now passed from Jalaluddin Haqqani, who is in his 70s, to his eldest son, Sirajuddin, security analysts say.

June of this year was the deadliest month for foreign forces in nearly 10 years of war. A U.N. report said this week that civilian casualties had risen 31 percent in the first half of 2010, including 1,271 killed.

Almost 150,000 foreign soldiers are under the command of NATO and the U.S. military.