Air strikes by the NATO-led force in Afghanistan killed at least three Afghan police in the country's north and a woman and two children in the west, officials said. 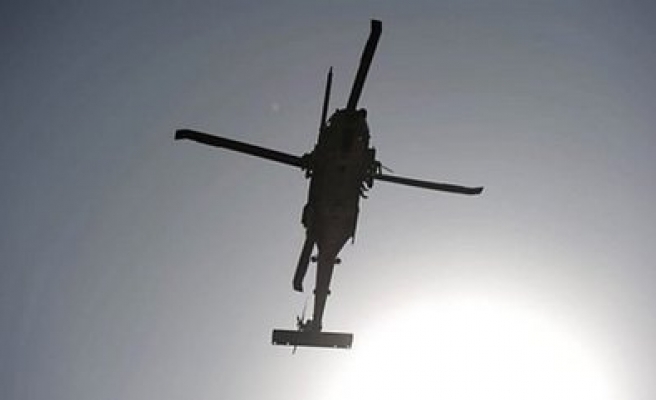 Air strikes by the NATO-led force in Afghanistan killed at least three Afghan police in the country's north and a woman and two children in the west, officials said on Saturday.

Mohammad Rahimi, a district chief from Darz Aab in Jawzjan, put the death toll at four police and said at least 10 civilians may also have been killed.

Sensitivities about civilian casualties have been running high across Afghanistan.

Such incidents have been a major irritant between Afghan President Hamid Karzai's government and foreign forces fighting in Afghanistan, leading to a major falling-out last year.

Tactical directives were tightened twice in the past year but U.S. and NATO commanders could not to limit the damaging fallout from such incidents. The directives laid down tight rules governing the use of air strikes and home searches.

The International Security Assistance Force (ISAF) said Afghan security forces had come under fire from an unknown number of fighters in multiple locations in Jawzjan province on Friday and that the Afghan forces had requested air support.

"During a subsequent battle-damage assessment, it was discovered three Afghan National Police were accidentally killed and several more wounded during the air weapons team engagement," ISAF said in a statement.

"NATO's aircrafts bombed where our troops were without coordinating with us, killing four policemen and wounding 13 others," he said.

In an other incident in western Farah province, Afghan and ISAF forces hunting a suspected fighters called an air strike, which hit a vehicle suspects had been driving in.

ISAF said the vehicle blew up and that a woman and two children were later found dead at the scene.

Both incidents were being investigated.

A United Nations report has found that civilian casualties increased by 31 percent in the first six months of 2010. The report came after the secret military documents were published by Wikileaks who showed army has covered up numbers of civlian deaths.