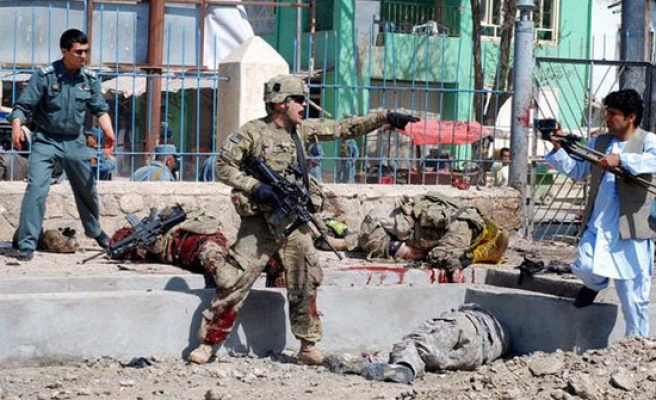 A car bomb exploded outside a hospital in Kabul on Saturday, killing 35 people and injuring many other, a health official said, as a wave of attacks hit the capital after the news broke of the death of Taliban leader Mullah Omar.

The target appeared to be a vehicle carrying a foreign citizen, a security source and witness said.

Paramedics carried the wounded away on stretchers in a street littered with broken glass and mangled cars after the blast, a Reuters witness said.

At least 27 people were injured, the health ministry spokesman said.

Bombings have increased in the capital since the government and Taliban in July confirmed Mullah Omar had died two years ago. Some analysts say the insurgents are trying to show they remain potent.

Saturday's bomb was placed in a Toyota sedan, a security official at the scene said. Flames billowed from the car and parts of it were ripped apart by the blast and scattered along the street.

Glass was blown out of the windows of the Shinozada hospital and a six-storey building opposite. On its website, the Shinozada is described as Afghanistan's first private hospital.