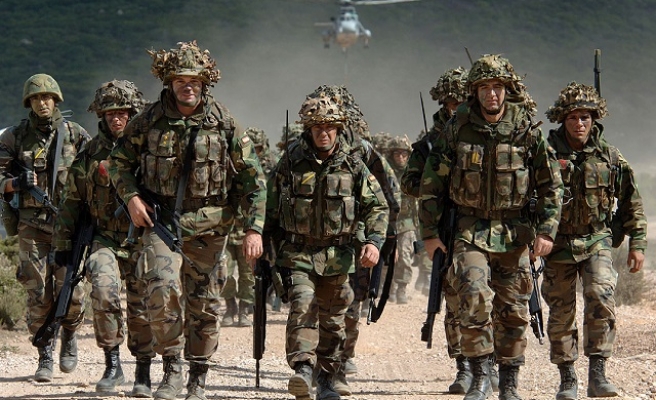 NATO said Wednesday its special forces are supporting Afghan troops in Kunduz after Taliban insurgents seized the city, fought off a counter-attack and advanced on the airport to shore up their biggest victory in 14 years.

Heavy fighting was underway near the northern city's airport where government forces retreated, highlighting the potent challenge the militants pose after their lightning capture of Kunduz.

The Taliban's occupation -- now in its third day -- raises troubling questions about the capabilities of Afghan forces as they battle the militants largely on their own after NATO's combat mission ended last December.

The Afghan army was supposed to be bolstered by its own reinforcements for the campaign to retake Kunduz, but attacks on convoys making their way to the city meant that back-up troops were only trickling in.

"The Taliban have laid landmines and booby traps around Kunduz, slowing the movement of convoys of Afghan army reinforcements driving to the city," an Afghan security official told AFP.

NATO said the foreign special forces have reached Kunduz and US forces have conducted three air strikes around the city since Tuesday to support the Afghan troops.

The forces are comprised of US, British and German troops, a Western military source told AFP on condition of anonymity, without specifying the number.

The Afghan spy agency said the overnight strikes killed Mawlawi Salam, the Taliban's "shadow governor" for the province, along with his deputy and 15 other fighters.

But the fall of the provincial capital, which sent thousands of panicked residents fleeing, has dealt a major blow to the Afghan military and highlighted the insurgency's potential to expand beyond its rural strongholds.

The Afghan security official said the militants had slowly infiltrated Kunduz during the recent Eid festival, launching a Trojan horse attack that enabled them to capture it within hours.

Pentagon press secretary Peter Cook said the fall of the city on Monday -- achieved by a militant force significantly smaller than the army contingent -- was "obviously" a setback but the US believed Afghan authorities would be able to regain control.

Cook added he was "not sure it reflects any new assessment of the Taliban", but many analysts see it as a game-changer for a group which many had believed was fraying.

The Taliban's recent gains in Kunduz and neighbouring provinces highlight a rapidly expanding insurgency as militants infiltrate into the north from their traditional southern strongholds.

Kunduz province, which borders Tajikistan and is a major transport hub for the north of the country, could offer the Taliban an important new base of operations.

Kunduz's fall has also renewed questions about Washington's plan to withdraw most US troops from Afghanistan next year.

Even after years of training and equipment purchases -- on which Washington spent a whopping $65 billion -- Afghan police and troops have been unable to rein in the ascendant insurgency.

"Despite their many improvements in recent years, (Afghan forces) remain a work in progress," said Michael Kugelman, Afghanistan expert at the Washington-based Woodrow Wilson International Center for Scholars.

"And given the extent of the Taliban threat, work in progress isn't good enough."

The fall of the city coincided with the first anniversary of President Ashraf Ghani's national unity government.

Despite the counter-attack Kunduz remained largely under Taliban control -- the first major urban centre in their grip since they were toppled from national power in 2001.

The defence ministry said the police headquarters and city prison had been retaken, after marauding insurgents freed hundreds of prisoners including some Taliban commanders.

But several other government facilities, including a 200-bed local hospital, were still under Taliban control.

Ghani in a televised speech on Tuesday said the Taliban were using civilians as human shields, hampering the counter-offensive since troops were trying to prevent casualties.

Precise losses in the fighting were not known, but the Afghan health ministry said hospitals in Kunduz had so far received 30 bodies and more than 200 wounded.

The United Nations said the fighting has forced up to 6,000 civilians to flee the city.

"We are scared of leaving our homes, scared of being beaten by the Taliban," said Sadiqa Sherza, head of Roshani Radio, a Kunduz media network focused on women's issues.

"There's no electricity, no water, and ration shops are all closed," she said, adding that insurgents had burned down the radio station.

The armed group has been largely absent from cities since being driven from power by the US and its allies, but has maintained an often brutal rule over swathes of the countryside.

It has stepped up attacks during a summer offensive launched in late April against the Western-backed government in Kabul.