NATO helicopters based for Afghanistan invasion carried out airstrikes in Pakistan that killed more than suspected 30 fighters. 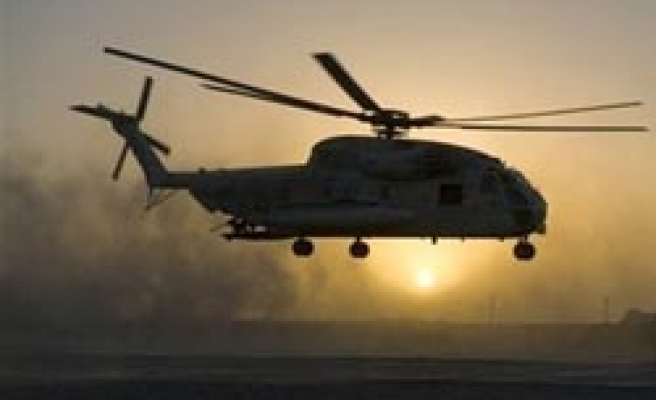 NATO helicopters based for Afghanistan invasion carried out airstrikes in Pakistan that killed more than suspected 30 fighters after the insurgents attacked a small Afghan security outpost near the border, a spokesman said.

NATO justified the strikes based on "the right of self-defense."

Pakistan is "sensitive" about attacks on its territory, but U.S. officials have said they have "an agreement that allows aircraft to cross a few miles into Pakistani airspace."

ISAF spokesman Sergeant Matt Summers confirmed that the helicopters had attacked after crossing into Pakistan.

He did not comment on which countries' forces were involved, but the United States is the only coalition member that uses Apaches.

However, manned military flights across the border are extremely rare.

Two Kiowa helicopters returned to the area on Saturday and killed at least four more insurgents, the statement said.

ISAF was not immediately able to confirm whether the Kiowa helicopters had also crossed the border. U.S. forces make up the majority of ISAF troops in Afghanistan's east.

A new book by veteran U.S. journalist Bob Woodward claims that the Central Intelligence Agency also has a 3,000-man "covert army" of elite, well-trained Afghans, who conduct secret operations in Pakistan, according to the Washington Post.

The newspaper obtained an advance copy of the book, which is due for release on Monday.