Nepal army officer goes on trial for torture in London

The trial is expected to last six weeks. If convicted of torture, Lama faces a maximum sentence of life imprisonment. 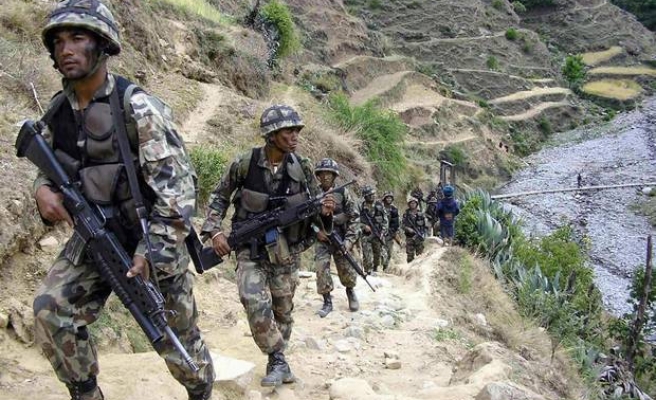 A Nepali army colonel went on trial at London's Old Bailey on Tuesday on charges of torture during a 10-year civil war, in a case the government of the Himalayan state has sought in vain to keep out of the courts.

Kumar Lama is charged by British prosecutors with inflicting "severe pain or suffering" on Nepali citizens Janak Bahadur Raut and Karam Hussain in an army barracks in April and May 2005, according to court listings and lawyers.

The court dealt with technicalities and the hearing was adjourned. A jury is expected to be selected later in the week and once it is in place prosecutors will begin outlining their case.

Human rights groups have welcomed the prosecution - the first time a member of the Nepali army will have been tried in Britain for alleged war crimes. Nepal has condemned it, wanting it resolved through dialogue with Britain.

Both state security forces and the Maoist rebels they battled have been accused of committing widespread human rights abuses during the decade-long conflict that ended in 2006. At least 16,000 people were killed.

Lama was arrested in the southern British town of St Leonards-on-Sea in January 2013 while on leave from a U.N. mission in South Sudan. He was arrested under Section 134 of the Criminal Justice Act, which gives British courts universal jurisdiction to pursue those accused of torture.

The Nepal government, however, has described Lama's arrest as "objectionable".

Lama has denied the charges, the BBC reported in 2013.

Trilochan Upreti, director of Advocacy Forum Nepal, a Kathmandu-based rights group, told Reuters he welcomed the trial as a step towards tackling the impunity enjoyed by officials over rights violations during the conflict.

In 2014, Nepali Foreign Minister Arjun Bahadur Thapa met Sir Simon Fraser, the head of Britain's diplomatic service, and asked that the charges against Lama be settled through government talks, due to Nepal's transition to peace and its special relationship with Britain.

Lama is represented by British law firm Kingsley Napley, which also represented former Chilean leader Augusto Pinochet when he was charged with committing acts of torture.

The trial is expected to last six weeks. If convicted of torture, Lama faces a maximum sentence of life imprisonment.