Besides the cash compensation, the mountain guides have demanded that the government pay for the treatment of the injured and raise the insurance cover to $20,000. 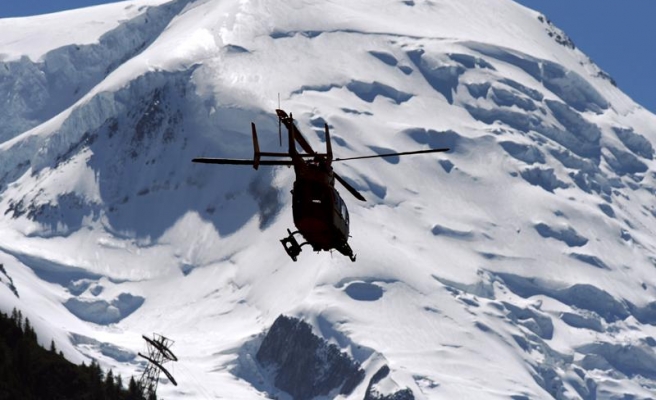 Nepal's Sherpas have demanded compensation of $10,000 for the families of 16 colleagues dead or missing in an avalanche on Mount Everest and double the insurance cover for expeditions on the world's highest mountain, crowded with climbers.

The government has announced an immediate payment of $400 to the victims' families to cover funeral costs.

But there is no provision for compensation for Sherpas who are hired by international expeditions to carry gear, and in the past these groups have provided financial assistance on their own in the case of accidents.

On Sunday, Sherpas with 31 foreign expeditions held a meeting at the base camp of the 8,850-metre (29,035-foot) summit and agreed to launch protests if their demands were not met.

At least 13 guides were killed, three are missing and at least three others are under intensive care for broken limbs, ribs, blood clots and other injuries in Kathmandu hospitals after an avalanche swept the Khumbu Icefall, one of the most dangerous parts of the climb to Everest.

The men were trying to fix ropes and crack snow and ice to carve out a route for foreign climbers when they were caught in the avalanche.

Besides the cash compensation, the mountain guides have demanded that the government pay for the treatment of the injured and raise the insurance cover to $20,000.

"If the demands are not met, we will be forced to launch strong protests for the sake of daily bread of the entire Sherpa community," the Sherpas said in a statement.

It was not clear what form the protests might take if the demands were not met. Some guides had asked for the mountain to be closed to expeditions during the popular climbing season that runs through May this year as a mark of respect for the dead.

Guiding foreign climbers is the main livelihood for Sherpas, helping them make up to $5,000 a year in a country with an average annual income of just over $700.

Ang Tshering Sherpa of the Nepal Mountaineering Association said the guides had given the government seven days to fulfill their demands.

"There is a situation of conflict up in the mountain. It is serious and could have far reaching consequences for climbing in Nepal," he said. "So the government must act on their demands immediately."

The accident has re-ignited debate on the risks Sherpas take and on overcrowding on Everest, where the number of fatal accidents has risen in the past decades as more and more commercial expeditions are launched.

The government has issued 334 permits this season, up from 328 last year.