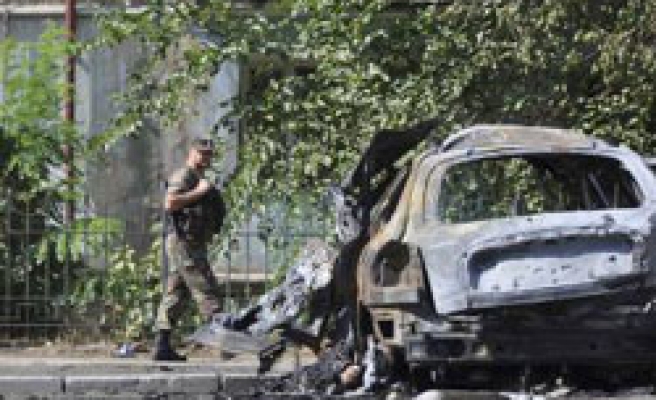 At least five people were killed and 35 wounded on Sunday when a suicide bomber rammed a car packed with explosives into a military camp in Russia-held Dagestan, security officials said.

The bomber tried to drive a Lada car containing about 50 kg (110 lb) of explosives onto a firing range where the 136th Motorcycle Brigade had set up camp outside the town of Buynaksk, about 50 km (30 miles) west of the local capital Makhachkala.

But soldiers blocked the bomber's path with a military truck, preventing what investigators said would have been a much more deadly attack had the bomber reached tents where hundreds of soldiers were sleeping.

There were conflicting reports of how many people were killed in the attack.

A spokesman for Russia's defence ministry could not be reached for comment.

Bekmurza Bekmurzayev, a local minister in charge of national, religious and foreign affairs in Dagestan, was wounded on Saturday and his driver killed by a car bomb.