Seismologists believe the island is a temporary formation resulting from a "mud volcano," a jet of mud, sand and water. 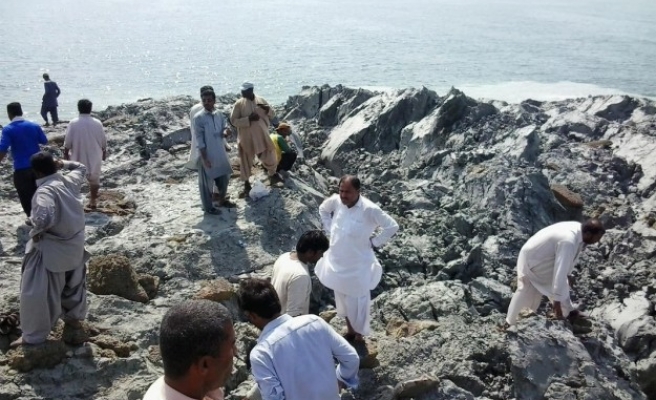 A new island emerged out of the blue about one kilometer offshore the Pakistani town of Gwadar shortly after a powerful earthquake measuring 7.8 on the Richter scale rocked the southwestern Baluchistan province on Tuesday.

The land which emerged measures 120 meters long and 250 meters wide and has a height of between 20 and 25 meters, said officials.

The incident is the third in the region, a "deja vu" for local residents, since such incidents also happened in 1999 and 2011.

Seismologists believe the island is a temporary formation resulting from a "mud volcano," a jet of mud, sand and water.

On Tuesday, a powerful earthquake measuring 7.8 on the Richter scale jolted the southern and southwestern parts of Pakistan, especially the towns of Awaran, Pasni and Dalbadin in Baluchistan.

The quake disrupted communications in urban areas, making it difficult for rescue workers and government officials to evaluate the extent of the destruction.

The quake's epicenter was Dalbadin on the border with Iran, located some 120km southwest of Baluchistan's Khuzdar district.

The National Disaster Management Authority, a state agency tasked with coordinating between different rescue agencies in case of natural disaster, expected more than 300,000 people to be affected in the Awaran district, the hardest hit by the quake.

Over 1,000 army and paramilitary troops backed by medical units and helicopters have been dispatched to quake-hit areas, according to Pakistan's Inter Services Public Relations.