'We have to provide our senior leadership options different than the current plan we are going with,' says Gen. Campbell 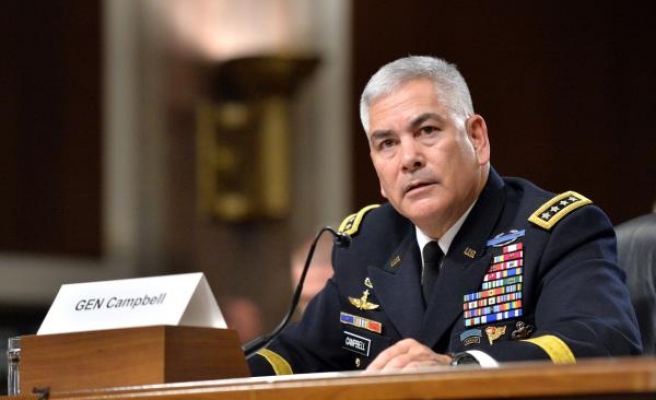 Gen. John Campbell told the Senate Armed Services Committee that he has offered "several options" for the next two years but declined to provide details.

"We have seen the rise of Daesh, an increased al Qaeda presence in Afghanistan due to Pak mil [Pakistan military] operations and now we have strong partners in President [Ashraf] Ghani and Chief Executive [Abdullah] Abdullah," Campbell said, referring to top Afghanistan officials.

"Based on conditions on the ground, I do believe we have to provide our senior leadership options different than the current plan we are going with."

President Barack Obama announced in 2014 that the U.S. military would reduce the number of troops there to a normal embassy presence with a security assistance component in Afghanistan's capital of Kabul in January 2017.

Campbell said it was necessary to reassess those plans.

"As a result, I've put forward recommendations to adjust this new environment while addressing our core missions: train, advise and assist the Afghan security forces and conduct counterterrorism operations to protect the homeland," he said.

Since ending their official combat role in Afghanistan at the end of 2014, U.S.-led foreign forces have increased the number of drone strikes against militants in Afghanistan, especially around and across the Pakistan border.