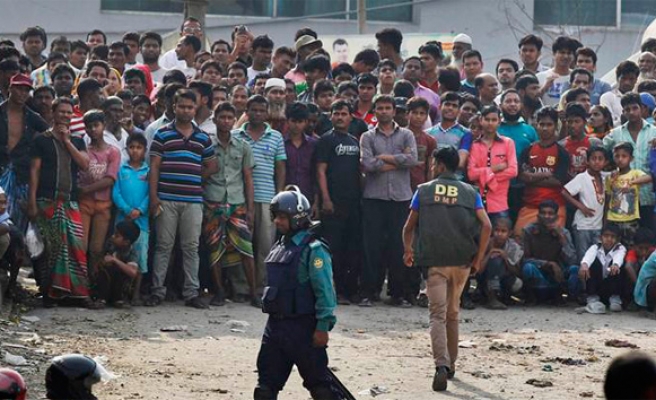 Almost a hundred people were killed by law enforcement agencies in the last nine months of this year, according to a report by Bangladeshi rights body Ain o Salish Kendra (ASK) on Saturday.

It published information based on the national dailies of Bangladesh.

It documented the victims’ family and eyewitnesses as saying that law enforcement agencies in civil dress arrested more than 50 people which was also published in the national dailies.

However, only a few of them returned. The bullet ridden bodies of others were found. But the law enforcement agencies denied these allegations, says the rights body.

According to the report, 588 women have been raped. The majority of them killed after rape; some commited suicide.

It also says that the incidents of domestic violence are increasing at an alarming rate in Bangladesh.

Hundreds of women have been victims of domestic violence which was triggerd by demands for dowry.

The report also unfolds the grim picture of child abuse.

“As many as 1,217 children were either killed or tortured. Of them, 252 were killed, 77 committed suicide, the bodies of 26 were recovered after they went missing and the bodies of 67 were found later,” according to the press release.

In addition, the report claimed that 16 people were killed by Indian border guards.

In the wake of political violence, 44 people were killed and several thousands wounded.