The current flag features the British Union Jack in the top-left corner with the four red stars of the Southern Cross on a blue background. It is often confused with the similar looking Australian flag 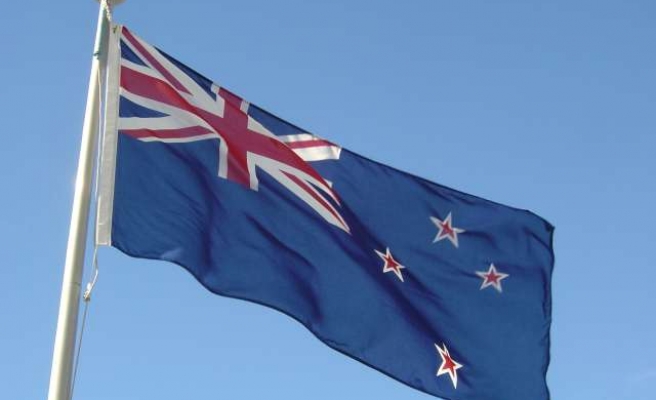 New Zealand may vote next year on changing its flag, newly re-elected prime minister John Key said on Monday, as the country looks to assert an identity independent of colonial ties to Britain.

Key's centre-right government was returned for a third three year term on Saturday in a resounding win, promising to continue steady economic management and controls on spending, and possible tax cuts in three years.

Asked about his promise of a referendum on a change of flag, Key said he wanted it to be the subject of a referendum next year, including finding an alternative and then putting that up against the current flag.

"I'm obviously a big supporter of the change, I think there are a lot of strong arguments in favour of the change," he said on the Radio Live network.

Key has previously said he wants a flag uniquely New Zealand in character that would be recognisable around the world.

The current flag was adopted at the start of the 20th century and features the British Union Jack in the top-left corner with the four red stars of the Southern Cross on a blue background.

It is often confused with the similar looking Australian flag.

Key, who has backed a new flag with a silver fern on a black background, acknowledged there would be strong arguments to retain the current flag.

The group representing returned soldiers has been a vocal opponent of change, saying the move would disrespect those who had fought and died defending it.

New Zealand sports teams, notably the world champion All Blacks rugby team, often compete under a silver fern motif, and the national carrier Air New Zealand has put it on its aircraft tails.

A survey in March showed 52 percent of respondents did not see any need to change the flag.