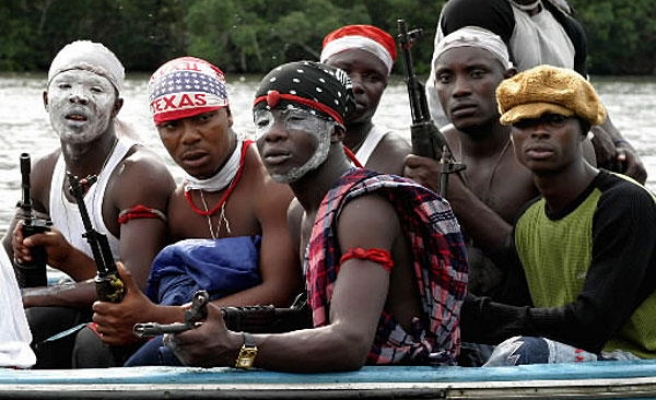 Nigerian secret police have arrested Mujahid Asari Dokubo, a former leader in the oil-rich delta region, for issuing warnings that the failure to re-elect incumbent President Goodluck Jonathan in 2015 could lead to the country's balkanization.
"No one, no matter how highly placed, will be allowed to heat up the polity," Directorate of State Security spokesperson Marilyn Ogar told Anadolu Agency on Thursday. "We cannot allow that."

Dokubo is the leader of the once-dreaded Niger Delta Peoples Volunteer Front, which carried out deadly acts of sabotage against numerous oil installations between 2006 and 2008.

He was among those granted amnesty by late president Umaru Yar'Adua.

In a newspaper interview published Tuesday, Dokubo reportedly threatened that militants in the creek would make the country ungovernable if Jonathan was not reelected in 2015.

Dokubo had made similar threats last September, but police did nothing to caution him, sparking accusations of double standards and state support for the militant.

Critics and the opposition All Progressives Congress (APC) had urged the authorities to question Dokubo, citing the recent interrogation of prominent anti-Jonathan politician Nasir al-Rufai for having made similar remarks.

Nigeria's electoral commission has set the next general elections for February 2015.

Like President Jonathan, a Christian, Dokubo, a Muslim convert, hails from the minority Ijaw tribe.

He is rumored to be among the armed group that the government has allegedly entrusted with securing the country's oil pipelines – a multi-billion-naira deal that has met with considerable criticism.

A largely unknown figure until gunmen groups launched their guerilla war against the Nigerian state, Dokubo owns a private university and other businesses in neighboring Benin.

He was recently arrested in Benin for what security sources called "arms smuggling," but was promptly released – allegedly at the behest of the Nigerian presidency.
Last Mod: 06 Şubat 2014, 15:13
Add Comment

I'm waiting to see what Buhari, prof Ango and co. If not, I will not regret it if Niger deltans starts anything.