As a result of three-day fighting between Indian forces and armed insurgents, nine people have been killed 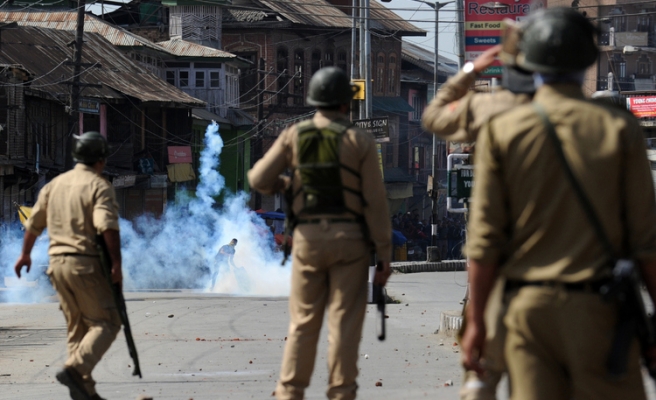 Troops and police on Monday killed three gunmen holed up in a government building in Indian-occupied Kashmir, ending a three-day gunbattle in which five soldiers and a civilian also died, police said.

The fighting broke out when rebels ambushed a paramilitary convoy on Saturday, killing two troopers before taking refuge in the building on the outskirts of the state capital Srinagar.

"All the three militants have been killed in the gunbattle. Their bodies have been recovered," the inspector general of police for the region, Javaid Gillani, said.

The heavily-armed mens, who are fighting against Indian occupation of the Himalayan region, allowed more than 120 people including trainees and staff to flee from the building after holing up there.

Soldiers and police surrounded it and fired mortar bombs, while the armed men responded with automatic weapons and hand grenades.

On Sunday two captains and a special forces soldier were killed as the gunbattle raged.

A gardener died in the initial crossfire and 13 members of the Central Reserve Police Force were wounded.

As the battle raged, hundreds of local residents came onto the streets in support of the rebels, chanting slogans against Indian occupation.

Part of Muslim-majority Kashmir has been occupied by India since 1947.

Several rebel groups have for decades been fighting Indian occupation forces deployed in the Himalayan region, demanding independence or a merger of the territory with Pakistan.

The fighting has left tens of thousand dead, mostly civilians.

Last week police ordered residents to stay indoors during gunbattles with rebels after two students were killed in similar protests.

Overall violence in the region has sharply declined during the last decade but armed clashes between rebels and government forces still occur regularly.