The death toll has been raised to 31 in a spate of attacks by suspected tribal militants. 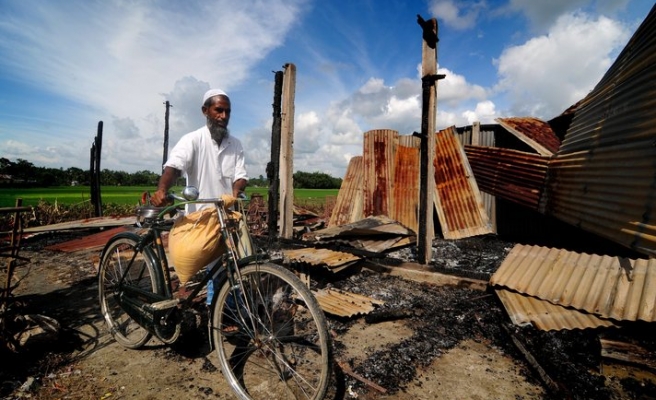 Security forces in northeast India found the bodies of nine Muslims on Saturday, raising the death toll to 31 in a spate of attacks by suspected tribal militants as a weeks-long general election re-opens ethnic divisions.

The election has rekindled the question of religious animosity across India with the Hindu nationalist Bharatiya Janata Party (BJP) looking set to win, but the violence in the tea-growing state of Assam stems from friction over migration.

Police said six of the nine Muslims found shot dead were women and children. Security forces rescued three children found nearby hiding in forests close to the border with Bhutan.

Assam has a history of sectarian violence and armed groups fighting for greater autonomy or secession from India.

Police suspect militants from the Bodo tribe were behind the latest attacks in a region where tension between ethnic Bodo people and Muslim settlers has simmered for years.

Bodo representatives say many of the Muslims in Assam are illegal immigrants from neighbouring Bangladesh who encroach on ancestral Bodo lands.

Soldiers in convoys of trucks mounted with rifles were patrolling on Saturday in Baksa district where some of the attacks took place.

The five-week general election, has exacerbated friction over migration in Assam.

Candidates including prime-ministerial front-runner Narendra Modi of the BJP have called for tighter controls.

Polling in the Bodo region ended on April 24. Residents say it is a tight race between a Bodo and a non-tribal candidate. A policeman was killed on polling day.

"There's heightened tension because of the election," said Ajai Sahni, the executive director of the Institute for Conflict Management in New Delhi, although he said it was too early to be certain about exactly what provoked the attacks.

Modi said last week that illegal immigrants from Bangladesh in the nearby state of West Bengal should have their "bags packed" in case he came to power, accusing the state government of being too soft.

Arun Jaitley, the BJP's leader in the upper house of parliament and a strong contender for finance minister should the party come to power, denied that Modi's comments risked stirring communal tension.

"It just shows a determination that we want to stop infiltration. Any government should try to stop that," Jaitley said.

The communal clashes in Assam two years ago triggered violent protests by Muslims in cities elsewhere in India.

About 30,000 migrants from the northeast temporarily returned home after threats of reprisals by Muslims circulated by text message.

Modi himself is tainted by accusations that he turned a blind eye to, or even encouraged, Hindu-Muslim riots in 2002 in Gujarat, the state he has governed for 13 years. More than 1,000 people, most of them Muslims, were killed.

He has always denied the accusations and a Supreme Court inquiry did not find evidence to prosecute him.

Modi has sought to calm fears about the future of religious minorities under his rule, saying his government would represent all Indians whether they voted for him or not.