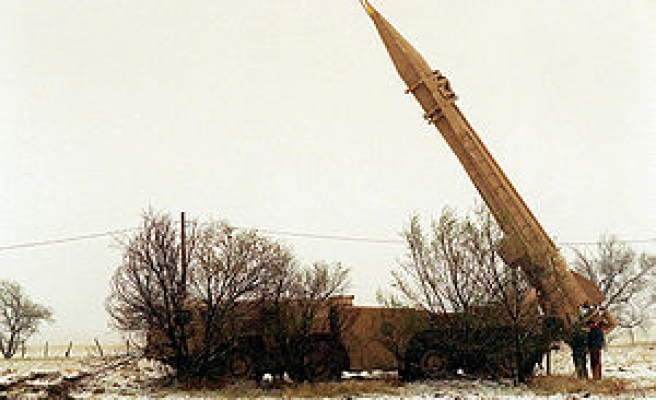 South Korea’s Joint Chiefs of Staff confirmed that “the missiles were fired from the northern part of the southern border city of Kaesong” at around 1:20 a.m. and then again at 1:30 a.m – with a range of about 500 kilometers.

It marks the North’s sixth ballistic missile test of 2014 and the 14th including other kinds of rockets and missiles – the reclusive state is banned by U.N. resolutions from employing ballistic missile technology. Local reports suggested South Korea was preparing to lodge a protest with the U.N. Security Council.

Sunday’s launches were notable because of their proximity to the border with the South – Kaesong, the ancient capital of the Koryo kingdom, is less than 10 kilometers from South Korea and considerably closer to its modern capital of Seoul than to Pyongyang in the North.

Given the closely guarded demilitarized zone that spans the border, any unusual movements nearby risk provoking a conflict as the two sides remain technically at war despite a 1953 armistice that brought the Korean War to an effective conclusion.

The launches followed a similar test Wednesday and also came just a day after North Korea threatened to strengthen its nuclear capabilities – in response to the arrival of a 97,000-ton nuclear-powered American aircraft carrier in South Korea last Friday.

Pyongyang’s National Defense Commission said Saturday via the North’s state media that “the U.S. should properly understand that the more persistently it resorts to reckless nuclear blackmail and threat, the further the DPRK (North Korea) will bolster up its cutting edge nuclear force for self-defense always ready to go into action.”

In addition to holding regular drills with the South, the U.S. has nearly 30,000 military personnel stationed in the country.