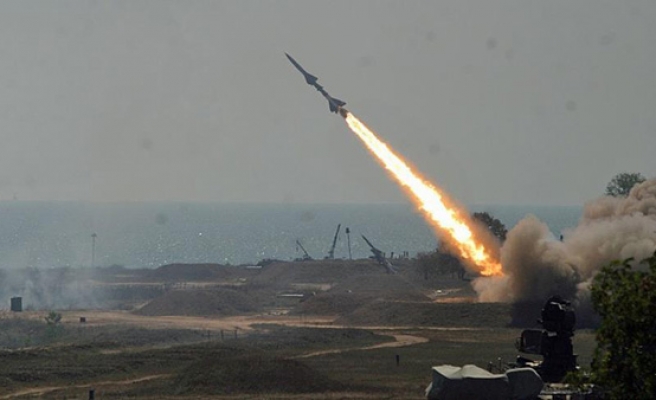 North Korea launched a pair of missiles Friday morning -- including at least one medium-range ballistic missile for the first time in two years, according to South Korea's military.

The North's leader Kim Jong-un declared this week that his country would test more ballistic missiles as well as a nuclear warhead -- even though global experts doubt whether Pyongyang has mastered the required miniaturization technology for the latter.

South Korea's Joint Chiefs of Staff (JCS) stated that shortly before 6 a.m. (23.00GMT Thursday) a North Korean missile flew around 800 kilometers from the west of the peninsula into "waters within the Japanese Air Defense Identification Zone."

Suspected of being a first medium-range Rodong missile launch since March 2014, the test could be seen as a threat to Japan in addition to South Korea.

Local news agency Yonhap cited military sources as suggesting that the second missile may have exploded.

"North Korea is highly likely to bring inter-Korean tensions to a crisis-like level through further hardcore provocations," a South Korean official reportedly cautioned -- as Pyongyang has accused the South and the United States of preparing for a resumption of the 1950-53 Korean War through their ongoing largest ever joint military exercises.

The North was recently hit by toughened United Nations sanctions in response to its fourth ever nuclear test and a long-range rocket launch earlier this year.

Pyongyang is barred from nuclear and ballistic missile tests under multiple UN resolutions, but North Korea's authoritarian regime insists it has a sovereign right to pursue such weapon development.