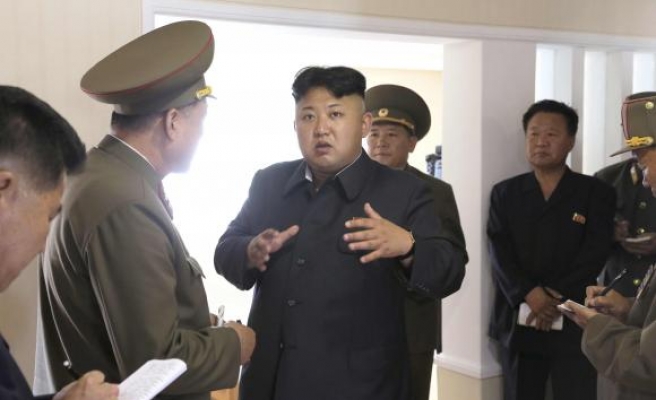 The 372-page U.N. Commission of Inquiry report detailed wide-ranging abuses in North Korea, including the use of prison camps, systematic torture, starvation and killings comparable to Nazi-era atrocities.

North Korea's delegation organized a rare open meeting at U.N. headquarters in New York, inviting national delegates and reporters to attend. The meeting in a U.N. conference room was packed with diplomats and journalists.

North Korean diplomat Choe Myong Nam, who represents the North Korean Association for Human Rights Studies, explained to the meeting that while there may be an occasional hiccup in his country's human rights record, Pyongyang is on the right path.

"As we are a transition society, as we move forward, there might be some problems, for example in the economic and other areas, we may need to establish more houses and social facilities in order to provide people with better living conditions," Choe said.

"That's why in our constitution there is a provision that stipulates that after society develops, the enjoyment by the people of the human rights and fundamental freedoms will extend further," he added.

Choe said economic problems were also the fault of "external forces," an apparent reference to international sanctions against North Korea over its multiple nuclear weapons tests and ballistic missile launches.

A summary of the North Korean response to the U.N. report said "the hostile forces are persistently peddling the 'human rights issue' in the DPRK (North Korea) in a bid to tarnish its image and bring down the social system and ideology chosen by the Korean people.

"Wild rumors and fictions about the DPRK are afloat in the international community due to the hostile forces' despicable human rights racket to slander and hurt the DPRK," it added.

Choe also reiterated Pyongyang's previous statements that there are no prison camps in North Korea.

"We have time and again in the past stated about these so-called prison camps ...that there is no prison camps in the DPRK," he said. "In practice there's no things like that."

Choe acknowledged that North Korea does have "detention centers, where people improve their mentality and look back on their wrongdoings and they're reformed through labor."

This year's resolution on North Korea, diplomats say, is expected to reflect the findings in the U.N. inquiry report.

The draft resolution, which Choe said is traditionally drafted by the European Union and Japan, will be discussed by the General Assembly's Third Committee, which focuses on human rights, in the coming weeks.