N.Korea ready to give Japan report on abductees-Kyodo

North Korea apparently did not offer new information about 12 Japanese citizens officially designated by Tokyo as abductees who have not yet returned to Japan, Kyodo said 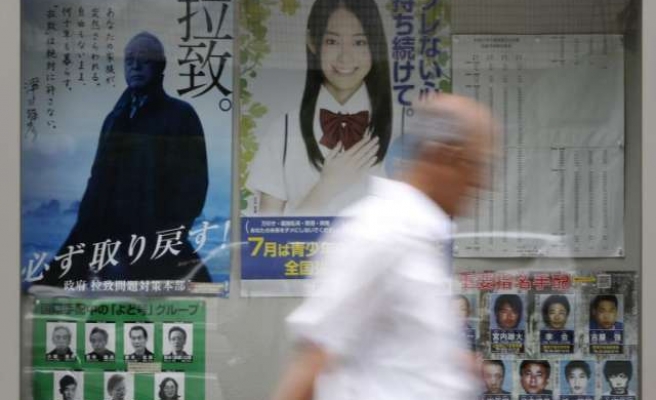 North Korea is ready to provide Japan with initial findings from a special investigating team that looked into the fate of Japanese citizens abducted by Pyongyang's agents decades ago, Kyodo news agency quoted a North Korean diplomat as saying.

North Korea admitted in 2002 to kidnapping Japanese citizens; five abductees have since returned to Japan. Pyongyang had said the remaining eight were dead and that the issue was closed, but Japan pressed for more information about their fate and others that Tokyo believes were also kidnapped.

Japan eased some sanctions on the reclusive state in July in return for Pyongyang's reopening of a probe into the abductees.

"What can be said is that we are conducting the investigation not only in a specific area, but all concurrently in a scientific and objective manner," Kyodo quoted Song Il-ho, North Korea's top negotiator in talks with Japan, as saying in an interview in Pyongyang on Wednesday.

"We are fully prepared (to release the first report)."

Asked about Song's reported comments, Suga told a news conference on Thursday: "We have no confirmation. Negotiations are ongoing through the Beijing embassy ... We strongly demand that North Korea conduct the investigation with sincerity and report all the findings honestly."

In the interview, Song voiced hope that Japan will further remove sanctions against North Korea as the probe advances, Kyodo said.

But the two sides failed to reach agreement over North Korea's call for a further easing of Japan's sanctions in return for the initial report when senior officials met secretly in Beijing earlier this month, Kyodo said in a separate report.

North Korea apparently did not offer new information about 12 Japanese citizens officially designated by Tokyo as abductees who have not yet returned to Japan, Kyodo said, citing sources familiar with bilateral ties.

If the two sides stay at odds, release of the report could be delayed until late September or October, Kyodo added.

Speculation has simmered that Prime Minister Shinzo Abe might travel to North Korea if Pyongyang identifies surviving Japanese citizens there who want to return home.

In July, Abe's government lifted travel curbs to and from North Korea and ended restrictions on the amount of money that can be sent or brought to the impoverished North without notifying Japanese authorities. It also allowed port calls by North Korean ships for humanitarian purposes.