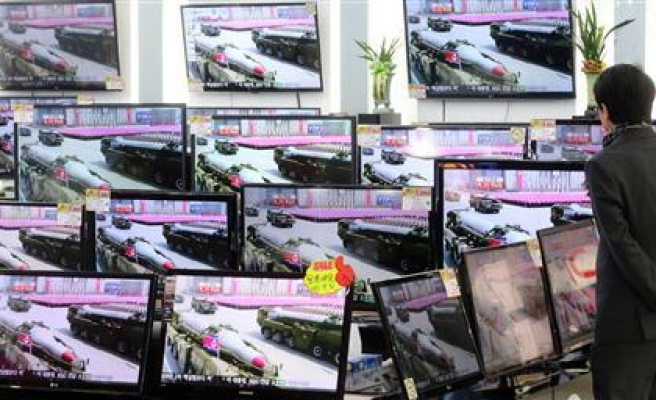 A former North Korean missile expert who was sanctioned by the United Nations for his role in the North's nuclear and missile weapons programmes has died, state media said on Wednesday.

The announcement of Jon Pyong Ho's death came as North Korea launched short-range missiles into its eastern waters in the early hours of Wednesday.

The missiles, which a South Korean joint chiefs of staff official said appeared to be ballistic Scud-class missiles, were launched from a province in western North Korea and flew about 500 km (310 miles) before crashing into waters to the northeast.

"He made a special contribution to turning the KPA into a powerful elite revolutionary army equipped with modern and defensive means and converting the DPRK into a satellite producer, launcher, and a nuclear weapons state," official KCNA news agency said, using the North's official acronym.

Jon's passing is unlikely to have any impact on the North's weapons programme because he had been retired from the frontlines and had passed his duties on to successors. However, he was still an influential figure nonetheless.

"He was certainly so powerful that when he left office as WPK Secretary and Director of Munitions Industries in 2010, Kim Jong Il essentially split his old position in two," said Michael Madden, an expert on the North's leadership.

A graduate of Moscow State University and a close adviser to late leader Kim Jong Il, Jon worked for more than four decades as a senior figure in the production and development of North Korean arms before retiring from public life in 2011.

When he was in office he oversaw development of the isolated, impoverished North's long-range ballistic missile programmes and was directly involved with its first test of a nuclear device in 2006.

He helped broker a deal with Pakistan in the 1990s that provided Pyongyang with critical technology for its uranium enrichment programme and exported advanced North Korean missile technology that is still in use by Pakistan.

Wednesday's missile launch was in defiance of a U.N. ban that prohibits North Korea from using or procuring ballistic missile technology that could be used in its nuclear or intercontinental ballistic missile programmes.

North Korea, which has threatened a fourth nuclear test, also in violation of UN sanctions, has test-fired short-range missiles and rockets four times in the past two weeks, and has threatened to continue doing so.

A state funeral in honour of Jon and his legacy in North Korea's nuclear and missile programmes will be organised by Kim Jong Un and held in Pyongyang soon, North Korean media said.

"Although Jon passed away, the exploits he performed on behalf of the party, the revolution and the country will shine on," KCNA said in an obituary.