Despite international pressure, Sri Lanka's new government insists that a probe into crimes committed during the final stages of its civil war will be investigated domestically 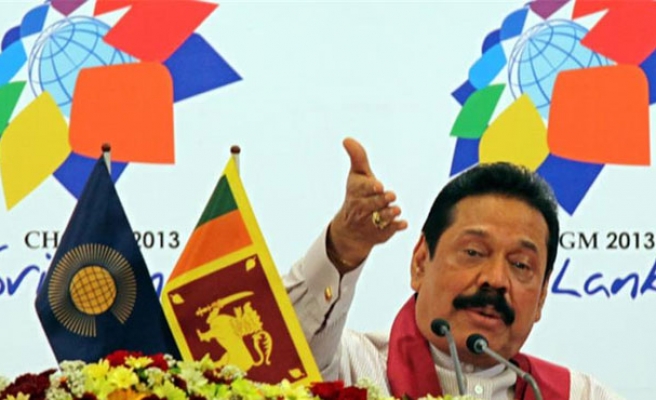 In the years after the violent end to Sri Lanka's decades-long civil war in 2009, former President Mahinda Rajapaksa never wavered in refusing to allow an international war crimes probe.

But with Rajapaksa unseated in January's presidential election, there has been increased pressure on new President Maithripala Sirisena to grant an international investigation, a matter which will come before the United Nations Human Rights Council in March.

It seems however that Sirisena's government is not open to the prospect, calling it a "violation of sovereignty", in a decision that has backing across Sri Lanka's political spectrum.

Sri Lanka’s Minister of Justice Wijeyadasa Rajapakshe told Anadolu Agency that there was no possibility of “an international inquiry or to demand the former president to explain himself."

“That would amount to an unsolicited intervention and a violation of our sovereignty,” said Rajapakshe, insisting that Sri Lanka was “committed to investigate any rights abuses through a domestic process."

The justice minister showed little sympathy to Rajapaksa however, suggesting that he created the pressure himself by writing to U.N. Secretary-General Ban Ki-Moon shortly after the end of the war.

“It is a fate of his own seeking. President Rajapaksa has written to the U.N. Secretary-General, just four days after the conclusion of the war. It was only after that a U.N. expert committee was appointed to study whether such rights violations had taken place during the final phase of the war," said Rajapakshe. "President Rajapaksa has created this situation, not the U.N. and not anyone else, and now it has become a sticky issue.”

Sri Lanka’s protracted war claimed more than 100,000 lives in 27 years but a U.N. report found that close to 40,000 people were killed only in the final phase of the war.

Of the most serious allegations was that the army shelled no-fire zones where civilians were supposed to be sheltered from the battle between the military and separatist Tamil Tigers.

Under severe pressure from the international community to ensure accountability, the Rajapaksa administration appointed a Lessons Learnt and Reconciliation Commission to examine the allegations.

Sirisena's allies, some of whom were part of the old government, have also said they think that Rajapaksa, who still has significant support because of the war victory,  should not be “internationally humiliated.”

Wiijtha Herath, a parliamentarian for the Marxist Janatha Vimukthi Peramuna, told AA that Sri Lanka’s sovereignty should not be undermined in any manner.

“If there is a probe, it should be a domestic process. It cannot be at the behest of a few influential countries out to berate the island,” said Herath.

The Deputy Minister for Justice Sujeewa Senasinghe emphasized that the "international community [should not] be allowed to draw President Rajapaksa’s blood."

"There is a system in place and there are judicial reforms taking place. The first step was the procedurally correct appointment of a new Chief Justice of Sri Lanka," said Senasinghe.

“The new government has better relations with the international community and was voted into office by the people on a platform of promoting governance," he said. "With us, the interactions are different. We are a government committed to accountability and we will foster strong relations with all the countries.”

Rajapaksa, who relied on a strong brand of Sinhala nationalism, has continued to scoff at the international community, accusing it of harboring hidden agendas against third world nations like Sri Lanka.

Government insiders confirm that when the U.N. discusses the issue of a Sri Lanka human rights probe, the new government will offer a domestic inquiry and to prevent the former president from seeking any public office.