Pakistani officials said it was unlikely that there would be any survivors among the 152 people on board. 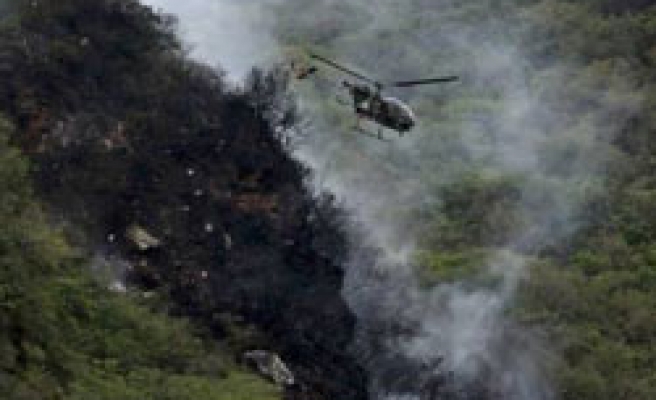 A Pakistani passenger plane crashed in heavy rain near Islamabad on Wednesday, killing at least 90 people and officials said it was unlikely that there would be any survivors among the 152 people on board.

The Airbus 321, belonging to private airline Airblue, crashed into a heavily wooded and hard-to-access hillside while flying from the southern port city of Karachi. Rescue workers were scouring the site for bodies, officials said.

"Most of the bodies are charred. We're sending body-bags via helicopters. It's a very difficult operation because of the rain," said Aamir Ali Ahmed, a senior city government official.

"We can pray and hope but what experts are saying is that there's no chance of any survivors," he added.

Earlier reports that five survivors had been pulled from the wreckage were wrong, said Imtiaz Elahi, chairman of the state-run Capital Development Authority, a city municipal body.

"It would be a miracle but we're not expecting any survivors," said another official, who declined to be named.

Rescuers said they had to dig through the rubble with their bare hands, with fire and thick smoke hampering their work. The fire has since been extinguished, but access to the hillside remained limited to pedestrians and helicopters.

"You find very few intact bodies. Basically, we are collecting bodies parts and putting them in bags," Bin Yameen, senior officer in the Islamabad police, told Reuters from the scene of the crash.

"I don't know the exact death toll but one can imagine not many could survive in such a bad situation.

The crash site is on the Margalla Hills facing Islamabad, about 300 meters (yards) up the side of the hills. Smoke could be seen from some districts of the city after the crash.

"It was raining. I saw the plane flying very low from the window of my office," witness Khadim Hussain said. Heavy monsoon rains have lashed the area for the past few days.

The military said it had sent three helicopters to the site and troops had also been moved there. Prime Minister Yusuf Raza Gilani was surveying rescue operations from the air and the government declared Thursday a day of mourning for the victims.

Airblue began operations in 2004 with a fleet of Airbus A320 and A321 aircraft, according to its website www.airblue.com. It flies primarily domestic routes as well as to the United Arab Emirates, Oman and Manchester in Britain.

At Islamabad's international airport, passengers in the departure lounge scanned the television screens for news.

Including the 2006 incident, PIA has had 11 crashes since 1957, according to AirDisaster.com.