More than 100 rounds landed south of the border during that drill, prompting South Korea to fire hundreds of rounds back into the North's waters 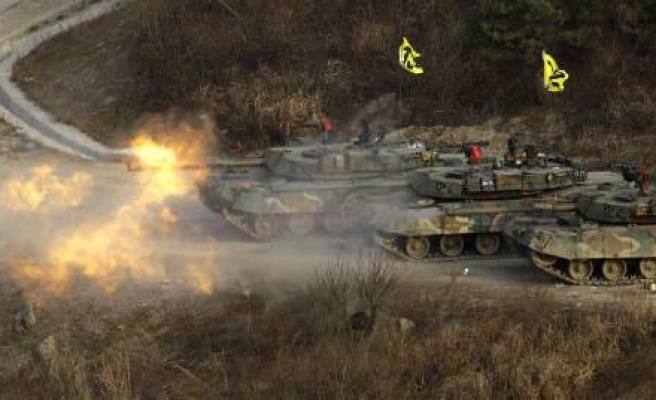 North Korea conducted live fire drills on Tuesday in two areas near a disputed sea border with South Korea that have been the scene of deadly clashes and where they fired hundreds of artillery rounds only weeks ago.

North Korea conducted similar drills in late March, firing more than 500 artillery rounds near the Northern Limit Line (NLL), a disputed maritime border that has been the de facto sea border since the 1950-53 Korean war.

More than 100 rounds landed south of the border during that drill, prompting South Korea to fire hundreds of rounds back into the North's waters.

The latest round of firing began in mid-afternoon. No rounds appeared to have landed south of the NLL border, a military official from the South said.

It came hours after the North notified South Korea of the areas near populated South Korean islands where it would conduct the exercise.

The Northern Limit Line is an extension of the land border between the two Koreas, stretching into the sea west of the Korean peninsula.

North Korea has refused to recognise the line as the sea border and has periodically challenged the South by violating it and demanding a new border be set further to the south.

The existing line curves northwards, effectively isolating five remote, South Korean-controlled islands from the mainland. The furthest of those islands is closer to Pyongyang than Seoul.

South Korean military officials told residents to seek cover in shelters dotted around the small fishing villages and farming hamlets on the islands, another official from the South said.

South Korea increased its military presence on the islands after the 2010 bombardment of Yeonpyeong island by the North, which it said was in response to South Korean artillery drills.

"We hope the relevant parties can take actions that help ease the situation and are beneficial to peace and stability on the peninsula," Foreign Ministry spokesman Qin Gang told a regular press briefing.

Naval clashes, most notably in 1999 and 2002, killed an unconfirmed number of sailors on both sides.

In March 2010, a South Korean navy ship was hit by a torpedo and sunk, killing 46 on board. North Korea has denied blame.