A longer-range capability would be bound to concern its sworn enemies, Japan and the United States whom it regularly threatens with nuclear strikes. 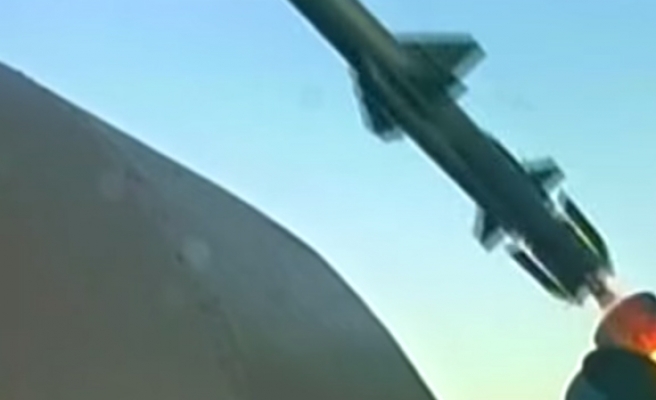 North Korea, already heavily sanctioned by the United Nations for its missile and nuclear tests, has completed a major overhaul of its rocket launch site, a U.S. think tank said on Thursday, enabling it to fire larger, longer-range rockets.

Reclusive North Korea, which is technically still at war with the South after the 1950-53 Korean War ended in a truce, not a peace treaty, routinely fires short-range missiles or rockets into waters off its east and west coasts.

A longer-range capability would be bound to concern its sworn enemies, Japan and the United States whom it regularly threatens with nuclear strikes.

Commercial satellite pictures showed North Korea has finished work under a major programme to upgrade the Sohae Satellite Launch Station, in the North's western region near the border with China, said the 38 North Website, which is operated by Johns Hopkins University's U.S.-Korea Institute.

"A key component of that programme has been to upgrade an existing launch pad, enabling it to launch rockets larger than the existing Unha-3 space launch vehicle in the future," the think tank said.

Unha-3 is the North's long-range rocket launched in December 2012 following a failed test in April, triggering a sharp rebuke by the U.N. Security Council, which already has a series of sanctions in force for its missile and nuclear tests.

North Korea, which when tensions run high often threatens to turn Seoul and Washington into a "sea of flames", says its rocket development is part of a space programme aimed at putting satellites into orbit and rejects charges by the international community that it is a missile development in disguise.

The launch site has since undergone months of construction work, but Pyongyang is now in place technically to conduct another launch of a long-range rocket soon, the 38 North Website said.

"Should a decision be made soon to do so in Pyongyang - and we have no evidence that one has - a rocket could be launched by the end of 2014," the report said.

"A much larger rocket, reportedly under development, is at least several years from becoming operational," the report said, but added that the existing Unha rocket could still be launched from the site.

North Korea is not believed to have mastered the technology to miniaturise a nuclear warhead small enough for any of its existing rockets, although analysts say subsequent nuclear tests increase the chance of refining its existing nuclear technology.

The 38 North report also identified the construction of two new space-age style buildings that it said could be a large auditorium or conference facility, although the true purpose of the complex "still remains unclear".

North Korea's long-rang rockets are frequently featured in state propaganda, in which it says the programme is part of a nationwide movement to peacefully "turn the country into a space power".