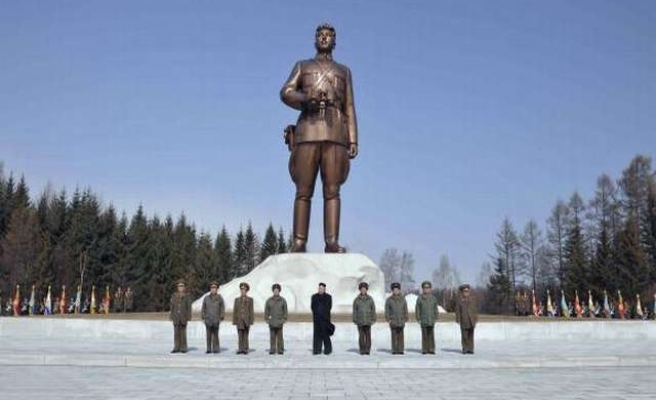 North Korea has told Japan it would not pass on findings from an investigation into the fate of Japanese people abducted by North Koran agents and proposed that Japan sends representatives for talks, Japan's prime minister said on Tuesday.

The fate of Japanese people abducted and taken to North Korea decades ago to help train spies has soured relations between the two countries and Japan's prime minister, Shinzo Abe, has made a resolution of the dispute a top priority.

A senior Japanese Foreign Ministry official, Junichi Ihara, met Song Il-ho, North Korea's ambassador for normalisation of ties with Japan, on Monday in China for an update on the North's investigation.

"Ambassador Song said a scientific and objective investigation was being carried out steadily, but that the probe was in an initial stage and there were no concrete results to report," Abe told reporters.

"Also, the North Korean side asked director-general Ihara to come to Pyongyang and meet with the members of the special investigation committee face-to-face for the detailed status of the probe," Abe said.

Japan eased some sanctions on North Korea in July in return for the North reopening its investigation and said it expected an initial report to come out between late summer and early autumn, prompting hopes for progress.

North Korea, however, told Japan earlier in September it could only give a preliminary report on the status of the investigation.

Abe did not say whether Japan planned to go along with Song's proposal to end a delegation to North Korea.

North Korea said the remaining eight were dead and that the issue was closed. But Japan pressed for more information about their fate and other people who Tokyo believes were also kidnapped.