North Korea's ruling party could meet to choose a new leadership on within the next day, media reports said on Tuesday, dismissing reports of a delay because of Kim Jong-il's health. 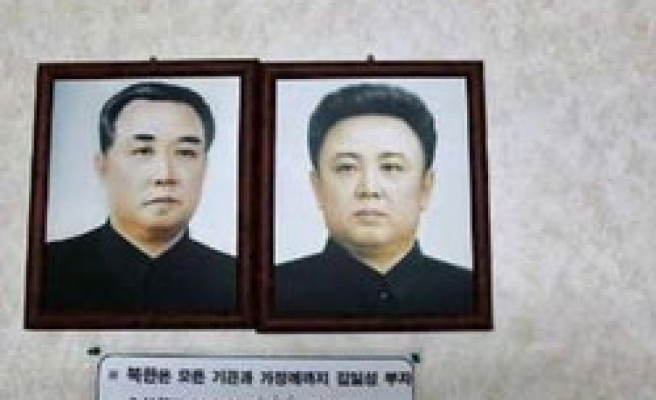 North Korea's ruling party could meet to choose a new leadership on within the next day, media reports said on Tuesday, dismissing reports of a delay because of Kim Jong-il's health.

Japan's Yomiuri newspaper cited a source close to the issue as saying the Workers' Party conference, which brings together the secretive state's ruling elite for the first time in 30 years, could have been held up by severe flooding.

The meeting is being watched closely by regional powers for signs of the start of the succession process involving the ailing Kim's youngest son, Kim Jong-un.

South Korea, China, the United States and Japan want a smooth power transition to take place in the country.

Diplomats and analysts had widely forecast the meeting, which had been scheduled to start between Sept. 1-15, to have been wrapped up by now.

South Korean media reported it was delayed by the 68-year-old leader's deteriorating health.

Zhu noted that foreign media had speculated that the congress may unveil a new leadership, that Kim, known domestically as "dear leader", is in poor health and may promote a suitable successor, and that the economy has for a long time been in a slump.

Kim is suspected of suffering a stroke in 2008 and failed to appear in public for months until 2009. He also looked frail during trips to China, the North's only major supporter, over the past few months.

The Yomiuri report said Kim's health was not at issue, saying severe flooding was to blame for the later than expected start.

"There may be impact from the flood damage due to heavy rain in August in the northern region including Sinuiju," the source told Yomiuri, adding the information came from Pyongyang.

Party delegates from across the country had gathered in Pyongyang as of Monday and had completed registration, the source said. "Preparation to hold the delegation's conference on the 15th is moving forward."

In another sign a start was near, the North's main Rodong Sinmun newspaper published a commentary lauding the "invincible might" and "high leadership authority" of the party.

Analysts say the conference will provide a platform for the youngest Kim's political debut, heralding the start of the succession process and a campaign to build a personality cult similar to that surrounding his father.

Little is known about Kim Jong-un, other than that he is in his mid-20s, the youngest of three sons, and that he was educated at an international school in Switzerland where he learned to speak English and German.

His youth, inexperience and lack of recognition among North Koreans mean, however, he is unlikely to get a senior post at the conference, analysts say.

Experts say his uncle, Jang Song-thaek, will likely act as regent until Jong-un can build his own power base.