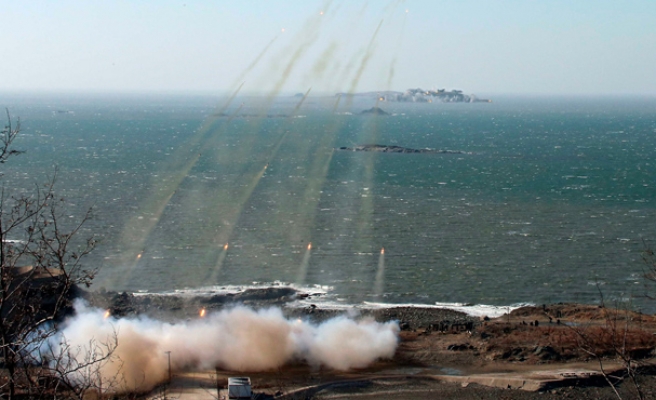 North Korean media announced Saturday that the country had test-fired a new type of anti-ship cruise missile under the supervision of leader Kim Jong-un.

Kim watched from an observation post at the test scene, where he was informed about tactical and engineering data regarding the “successfully developed” and “cutting-edge anti-ship rocket,” Pyongyang's official Korean Central News Agency reported.

The agency cited him as saying that the missile’s development once more affirmed the Workers' Party of Korea policy in favor of military equipment that was “intelligent on an ultramodern level.”

The rocket appeared to resemble the Russian-designed Kh-35.

The tests come after South Korea and the U.S. began a joint naval exercise Thursday involving a nuclear-powered U.S. submarine.

Last month, Washington rejected the North’s offer to suspend plans for a nuclear test in return for a halt to the drills – both the U.S. and South Korea insist that Pyongyang should not compare its much-maligned nuclear ambitions with their defensive exercises.

Nearly 30,000 American military personnel are stationed in the South, and large-scale exercise Key Resolve is expected to bring together tens of thousands of troops from both sides in March.