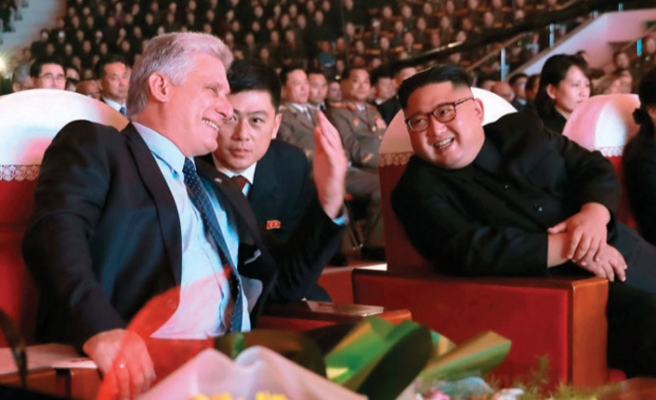 Kim Jong-un and Miguel Diaz-Canel discussed bilateral and international matters as well as the current situation on the Korean Peninsula on Monday, according to Korean Central News Agency (KCNA).

"They also discussed in depth the ways to vitalize cooperation and exchange in various fields," KCNA reported.

Diaz-Canel arrived in Pyongyang with his wife on Sunday as part of his first official trip abroad since he took office in April.

After serving as Raul Castro's vice president, Diaz-Canel became the first person outside the Castro family to rule the country in almost 60 years.